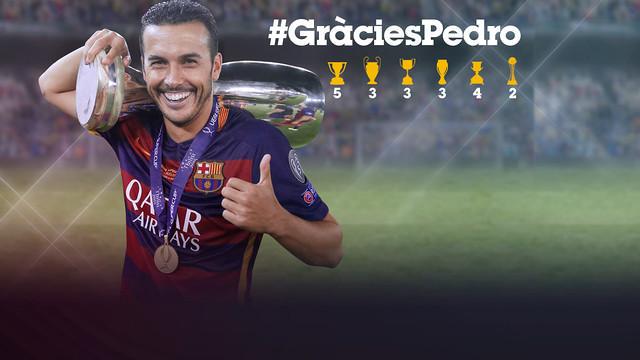 Chelsea have officially completed the signing of Barcelona winger Pedro Rodriguez in a four-year contract worth €30 million with €27 million as transfer fee and €3 million based on performance.

The player had been linked with a move to Manchester United but he eventually signed for Chelsea after the London club triggered the star’s €30 million release clause.

All three parties, Pedro, Barcelona and Chelsea confirmed the transfer and the Canary Islander is likely to make his debut as a blue in Chelsea’s Premier League tie against West Brom in the weekend.

“‘I am very happy to be here. I am very excited to start my adventure at Chelsea and I am here to keep winning titles,” Pedro was quoted as saying by CFC.

“Thanks to the club and the supporters for giving me the opportunity to put the blue shirt on,” he concluded.

Pedro played a total of 321 games for FC Barcelona scoring 99 goals and registering 46 assists whilst also winning 20 trophies with the Catalan. In 2009-2010, He became the first player in history to score in six different official club competitions in a year as he helped Barça win a historic Six trophies.