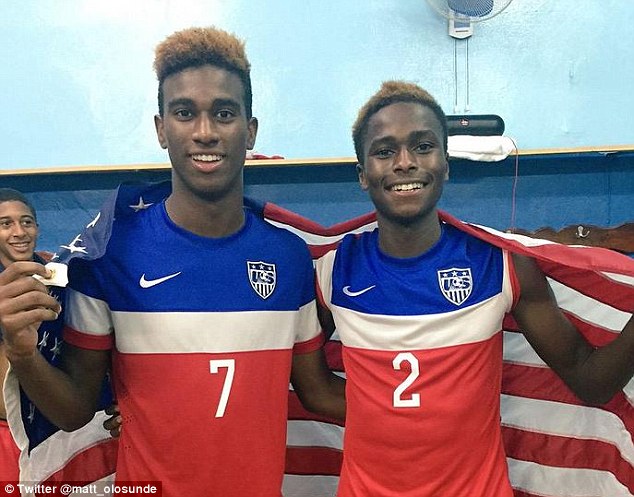 New York Red Bulls Academy starlet Matthew Olosunde is set to add to his international caps for the youth teams of the United States after he was named to a 20 – player roster for the 2015 U-17 International Youth Tournament of Vaclav Jezek in Czech Republic.
Olosunde, a central defender, made his debut for the USA U17s in November 2014, and has gone on to play two more matches for the Americans.
The 17 – year – old came to the attention of most Nigerians in July after reports emerged that he was practicing with EPL side Manchester United.
Matthew Olosunde could be in action for the USA Under 17s when they face Nigeria at the World Cup in exactly two months time.[post_ad]
Real Salt Lake defender Boyd Okwuonu represented the United States at the 2009 Fifa Under 17s hosted by Nigeria.
–allnigeriasoccer
Tags: News
Share6Tweet4