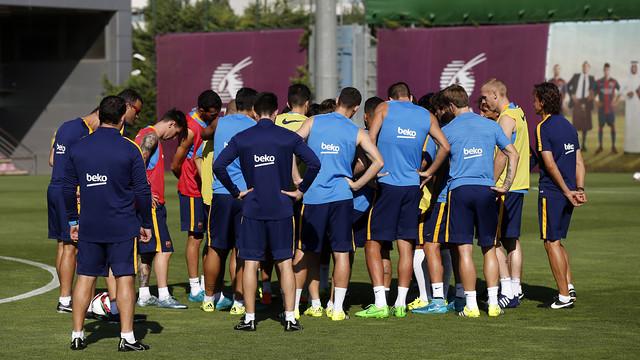 Barcelona coach Luis Enrique has named all first team players in his squad to face Athletic Bilbao in the 2nd Leg of the Spanish Super Cup at the Camp Nou tonight.

The Catalans are looking to overturn a four-goal deficit from the first leg in San Mames last friday and Luis Enrique has called up a full house for the tie including players that cannot play through a ban, injury or illness.

The likes of Jordi Alba, Douglas Pereira and Neymar are all ineligible to feature due to injuries with the latest injury news being the unavailability of left-back Adriano Coreira who is reportedly out with a groin injury.

Luis Enrique will name a final 18-man list for the tie close to kick-off which is set for 10:00pm CET at the Camp Nou.

A hat-trick from Aritz Aduriz helped Athletic Bilbao to stun the Azulgranas 4-0 in the first leg, and to keep hopes of the Sextuple alive, Barcelona will have to perform a miracle tonight in a bid to secure their fourth title of 2015.