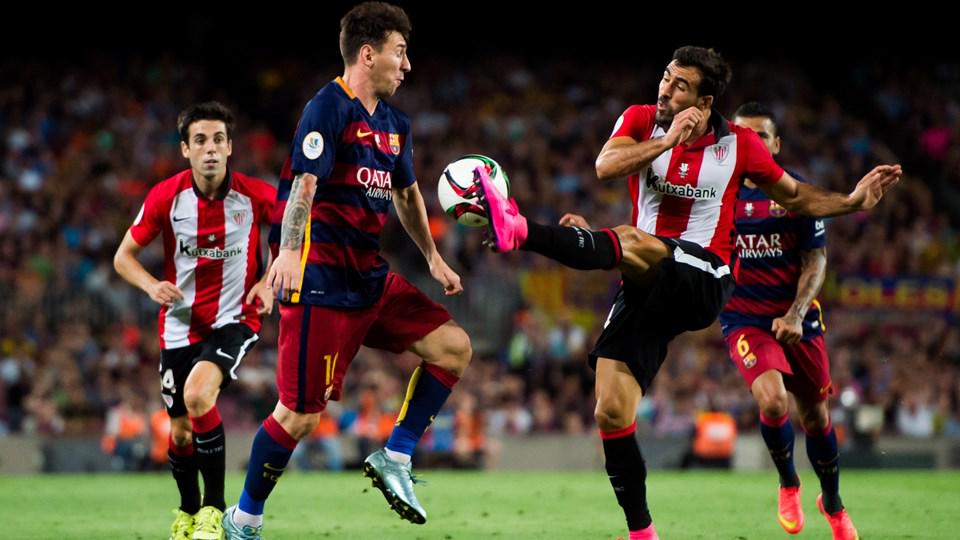 Barcelona face a difficult first Liga game of the season when they take on Athletic Bilbao at the San Mames. The last time these two teams met at Athletic’s ground was a nightmare for the Catalans as their dream of winning a Sextuple was shattered after they were mauled 4-0.

The Catalans have the chance to get a revenge when both side meet on Sunday.

Although a number of their players are out, Barcelona go into the game as favourites and will take a high level of bravery to bet against them in this fixture.

Barcelona comfortably saw off the Basque outfit 5-2 in this fixture last season with all of the trio of MSN on the score-sheet although Neymar isn’t available for the game as he’s out with Mumps.

Neymar isn’t the only Barça absentee for the game as Douglas and Adriano are also out with injuries, Gerard Pique and Mathieu suspended while Arda Turan and Aleix Vidal are ineligible to feature. The good news is that left-back Jordi Alba has been declared fit and will take part in the game.

The player-shortage led Luis Enrique into adding Barcelona B players Camara and Gerard Gambau in his 18-man squad to face Bilbao as only 16 first-team players are passed available.

Bilbao will be looking to bounce back from their 3-2 defeat to MSK Zilina in the first leg of their Europa League play-off in midweek and Ernesto Velverde will certainly make use of a stronger line-up than the losing team with Gorka Iraizoz and Aritz Aduriz set to start.

FlyBarca Prediction: Will be a tough game for Barcelona but I see a win coming.
Athletic Bilbao 1-3 Barcelona.