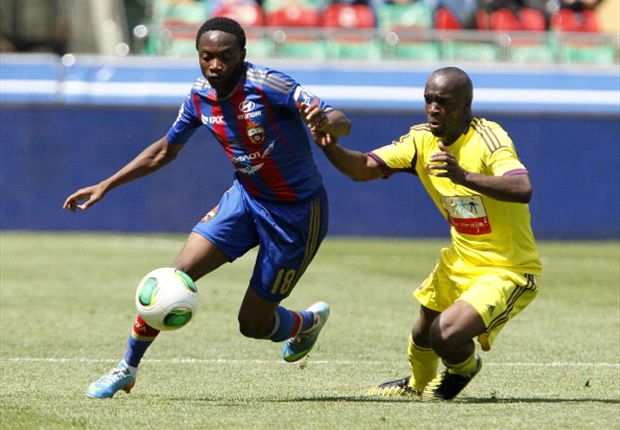 Ahmed Musa celebrated the birth of his baby daughter, Jamila, by saving CSKA Moscow from exiting the UEFA Champions League in the third round.
With the Muscovites trailing Sparta Prague 4 – 2 on aggregate, the Nigeria international gave his team hope by reducing the scoreline in the 34th minute.
And six minutes after the interval, Musa equalized for the visitors after being set up by Kirill Nababkin before Alan Dzagoev netted the match winner 14 minutes from time.[post_ad]
Former Flying Eagles striker Kehinde Fatai was on target for the second straight game in the Champions League,scoring in the 16th minute to put Sparta Prague 2 – 0 up on the night.
This is the fist time that Ahmed Musa has netted in the Champions League and CSKA Moscow ended up winning the game.
Tags: NewsNigerians Abroad
Share6Tweet4