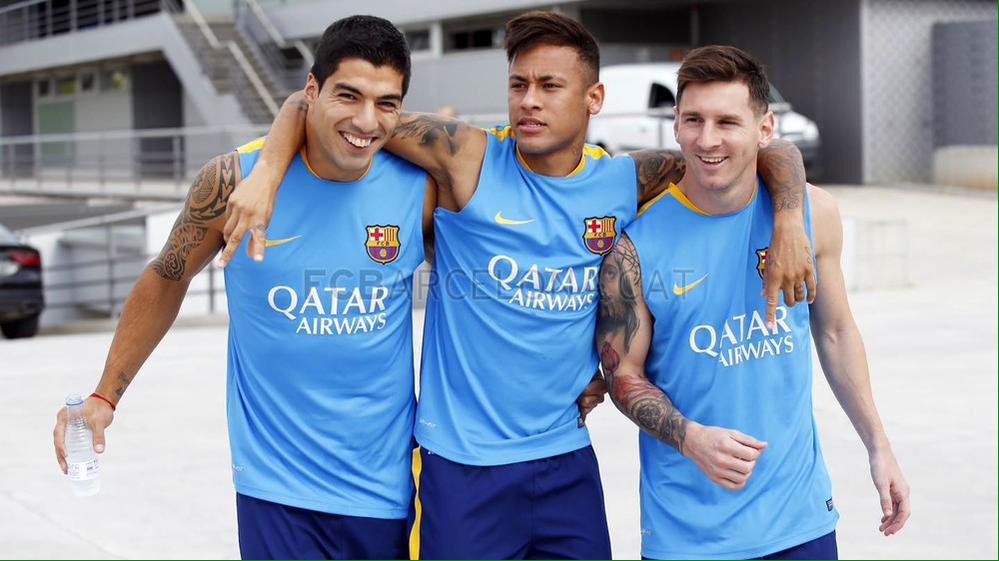 Barcelona coach Luis Enrique has named his squad to face Malaga in the Catalans’ first Liga home game of the season with 18 players included.

The Catalans will be hoping to take a revenge for last season’s 1-0 loss when they take on Javi Garcia’s men in their second Liga game of the season at the Camp Nou.

The big news is the availability of first-team stars Neymar Jr and Sergio Busquets to feature. The Brazilian striker has been out with Mumps since Barcelona’s 3-0 win against AS Roma in the Joan Gamper Trophy on August 5. He missed the Blaugranes’ European Super Cup win against Sevilla and also didn’t feature in Barça’s 5-1 aggregate loss to Athletic Bilbao in the Spanish Super Cup. The star also missed the first League game of the season against Athletic Club on Sunday but is now fully fit and has been given the medical green-light to make his return against Malaga today, although it is still uncertain if he’ll start.

Sergio Busquets picked up a knock in the win against Bilbao and an ankle injury was suspected. However, the midfielder was clear free from any ankle injury after test scans and has also been given the medical green-light to start.

The availability of both players is a boost for Luis Enrique whose squad was depleted for the game against Bilbao.

Jeremy Mathieu also returns from suspension which means Luis Enrique had to drop B player Camara who made the match squad for the last game. Gerard Gambau however is among the squad.

Barça are still without Gerard Pique through suspension, Adriano Correia and Douglas Pereira are still recovering from their injuries while Aleix Vidal and Arda Turan are ineligible to feature with the latter currently in Turkey. Dani Alves is also out after picking up an ankle injury in the 1-0 win against Athletic Bilabo but Sergi Roberto is there to cover.

Claudio Bravo is expected to start in goal as last game, with Thomas Vermaelen partnering Javier Mascherano in central defence and Jordi Alba playing at left-back while Sergi Roberto will take the right. The midfield is expected to be the normal Rakitic-Busquets-Iniesta trio while the forward line will be taken by Lionel Messi, Luis Suarez and Neymar although Luis Enrique might decide to start the Brazilian on the bench and give Rafinha the nod.

The game kicks-off at 8:30pm CET at the Camp Nou. The Club will present their European Super Cup trophy to the fans before the game and Lionel Messi, who won the UEFA Best Player in Europe award will also present his trophy to the fans.