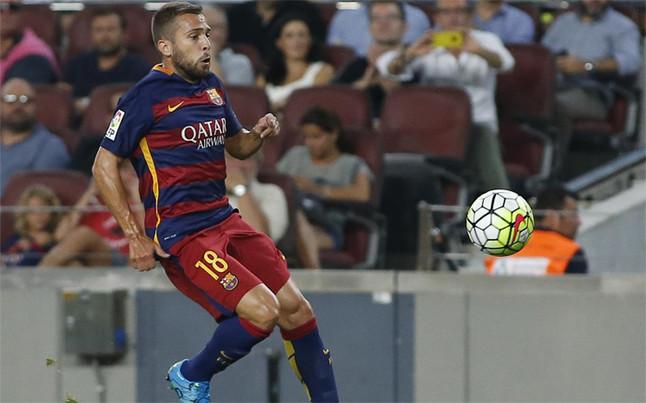 18 players have been called up by Luis Enrique for Barcelona’s first Liga game of the season against Athletic Bilbao at the San Mames on Sunday.

The good news is the inclusion of left-back Jordi Alba who was declared fit and given the medical green-light after being out of action for the past two weeks through a thigh injury.
Although Neymar trained with the team this morning as he continues in his recovery process, he isn’t fit enough for the game and didn’t make the squad but he’s expected to be back by next week.

Gerard Pique and Jeremy Mathieu are out through suspension, Adriano, Neymar and Douglas are injured while Arda Turan and Aleix Vidal are ineligible to play due to their ban.

The squad shortage means Luis Enrique will have to include some Barça B players to the squad and he called up Gambau and Camara who will wear the Number 28 and 27 shirts respectively.