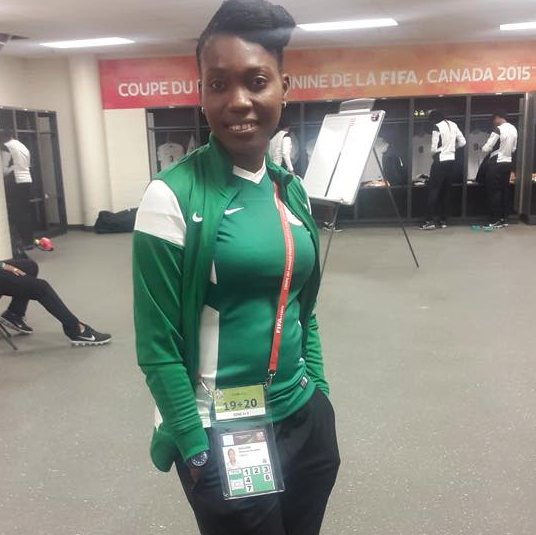 The camp of the Senior Women National Team, Super Falcons, is in mourning following the death on Thursday morning of the team’s Media Officer, Miss Gracious Akujobi.

[post_ad]
Doctors confirmed Gracious Akujobi dead on arrival at the General Hospital, Maitama, Abuja at about 7am on Thursday after she suddenly took ill at the team’s Parkview Hotel, Zone 1.
She looked very ill and appeared to have struggled hard to open the door to her room, when some persons noticed her. The team doctor and physiotherapist and other officials moved quickly to attend to her and then rushed her to the hospital, but she died on the way.

“This is a very tragic occurrence. Gracious (Akujobi) was such an energetic, hard –working officer and her death has come as a terrible shock. Her commitment to the job was never in doubt.
“The NFF is in deep mourning with her family over this tragedy,” said NFF General Secretary, Dr. Mohammed Sanusi.

A native of Owerri, Imo State, Gracious Ihunanya Akujobi was born on 26thOctober, 1977. She first served as Media Officer of the Super Falcons in 2011, before she was moved to the U-17 Women National Team in 2012. She was re-instated to the senior team in 2013 and was with the team at the recently –concluded 7thFIFA Women’s World Cup finals in Canada.