Laporta: Bartomeu Is In Qatar’s Hands And Will Destroy La Masia

The former Barca president thanked all those who supported him and congratulated Bartomeu on his victory but said the president is under Qatar and will destroy the club’s famous academy, La Masia 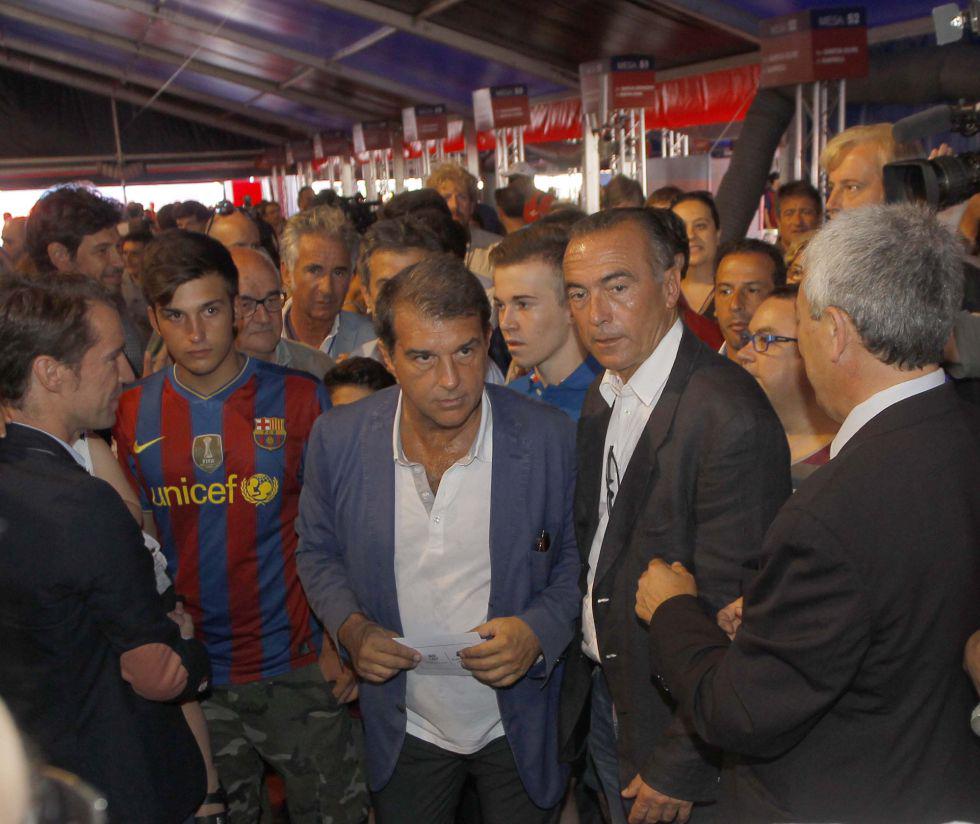 Joan Laporta lost the Barcelona presidential elections to eventual winner Josep Maria Bartomeu but the former Barca president (2003-2010) spoke to the media after it was clear he wouldn’t win the elections.

Laporta thanked all members that supported his course but said his team tried to stop Barca from being run by a president who is often called for legal proceedings.

“I would like to thank all the socios who voted for us and all the people who have given us support,” Laporta said after the results of the polls became known.

“I wish to congratulate the winner (Bartomeu), but also make it clear that there are two different models of our club.

“We tried to keep the club away from being run by a prosecuted president, who is entirely in Qatar’s hands and will destroy La Masia, but we could not.”

Laporta also said he knew from the start that the task won’t be easy for him due to lack of campaign debates but he accepts the results and respect the decision of the socios.

“I am a democrat and I accept the result,” he continued.

“It was a very difficult campaign because there were nowhere near enough debates.

“But, to be honest, when we started out, we knew it would not be easy. There are many socios who understand that our model defended the club.”

Bartomeu beat Laporta, Benedito and Freixa to become Barcelona’s new president gathering a a total of 54.63% of the votes. He will be Barca’s president until 2021.