24 players will take part in North America tour with Barca B stars Samper, Gambau, Halilovic and Suarez all included 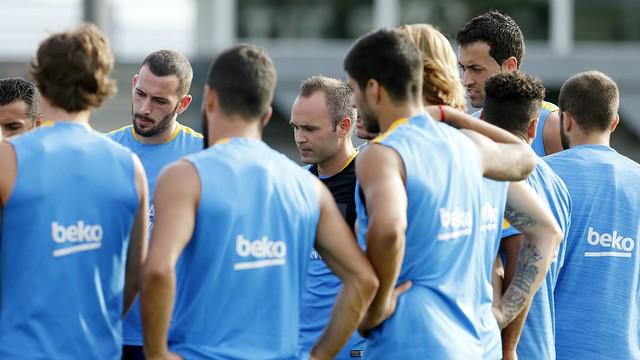 Goalkeeper Marc Andre Ter Stegen who was expected to return on July 30 will travel with the squad as the star cut short is summer holidays to fight for a starting spot.

The club will be without the South American stars – Lionel Messi, Javier Mascherano, Neymar, Dani Alves and Claudio Bravo – who took part in the Copa America and are expected back at a later date.

New arrivals Aleix Vidal and Arda Turan will also travel with the squad despite not being able to play any friendlies for the Catalans.

The tour will run from Sunday, July 19 when the team will travel through Wednesday, July 29 before they travel to Italy to take on Fiorentina.

Barca will play their first game in the tour against Los Angeles Galaxy on July 22 at 5:00am CET.