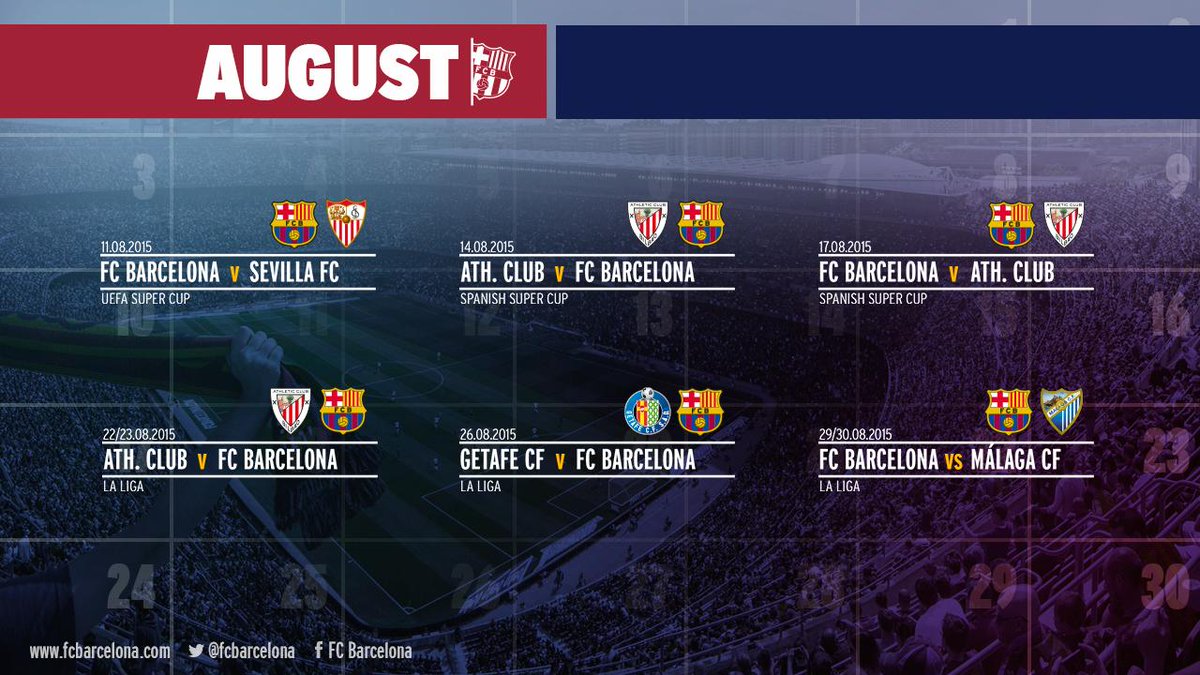 FC Barcelona kick off their 2015/2016 liga season with a trip to San Mames after playing three Super Cup games.

After the Joan Gamper trophy, Barcelona will play their first official game of the season in the UEFA Super Cup against Sevilla and just three days later, the Catalans will take on Athletic Bilbao in a two-legged Spanish Super Cup of which the second leg is on the 17th of August.

Then, Barcelona will begin their defense of the Liga crown, either on 22 or 23 August against the same foe Athletic Bilbao, accumulating games against them to three in the space of 9 days.

Due to Barcelona’s FIFA Club World Cup participation in December, their week 10 game against Getafe will be played on August 26 in order to create space for an earlier Copa del Rey game for the Catalans.

The highly anticipated fixture of the Liga calender – El Clasico – will be played on 7/8 November, 2015 and 2/3 April, 2016 with the first leg to be played at the Santiago Bernabeu and the return fixture at the Camp Nou.

Below is the list of all Barcelona Liga games for this season.

Note: Dates of fixtures are fixed on Sundays with the official date and time of the games to be announced as fixtures draw closer.