Jordi Vinyals Will Not Continue As Barca B Coach

The ‘now’ former Barcelona B coach will not continue as coach of the Barca second side as his departure was made official on friday, June 26 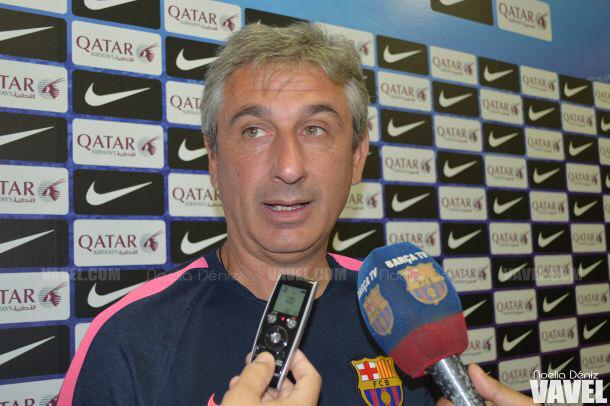 Jordi Vinyals, Coach of Barcelona second team FC Barcelona B has officially been fired by the club following a poor season that saw his team regelaged to La Segunda B.

Vinyals was appointed as Barca B coach during the course of this season after former coach Eusebio was going through hard times, registering a lot of losses which made relegation feasible for Barcelona B. He was sacked after a 4-0 defeat to Zaragoza on Round 24.

After Eusebio was sacked, Jordi Vinyals was appointed after with the board hoping for a rapid improvement but unfortunately, things did not change for good.

It even got a lot worse as Barcelona B, former strugglers turned out to be a team without spirit.

Vinyals boys ended the season on 22nd spot and were relegated in a season where they got just 9 wins, coupled with 9 draws, and 24 defeats whilst conceding 83 goals and keeping five clean sheets.

36 points in 42 games is very bad for a team who never got a position less than 9th in their previous four seasons in the Segunda, finishing 3rd twice.

Jordi Vinyals who won the 2013/2014 edition of the Uefa Youth League is likely to be replaced by Juvenil A coach, Garcia Pimienta.