Enyeama To Face NFF disciplinary board

Enyeama To Face NFF disciplinary board 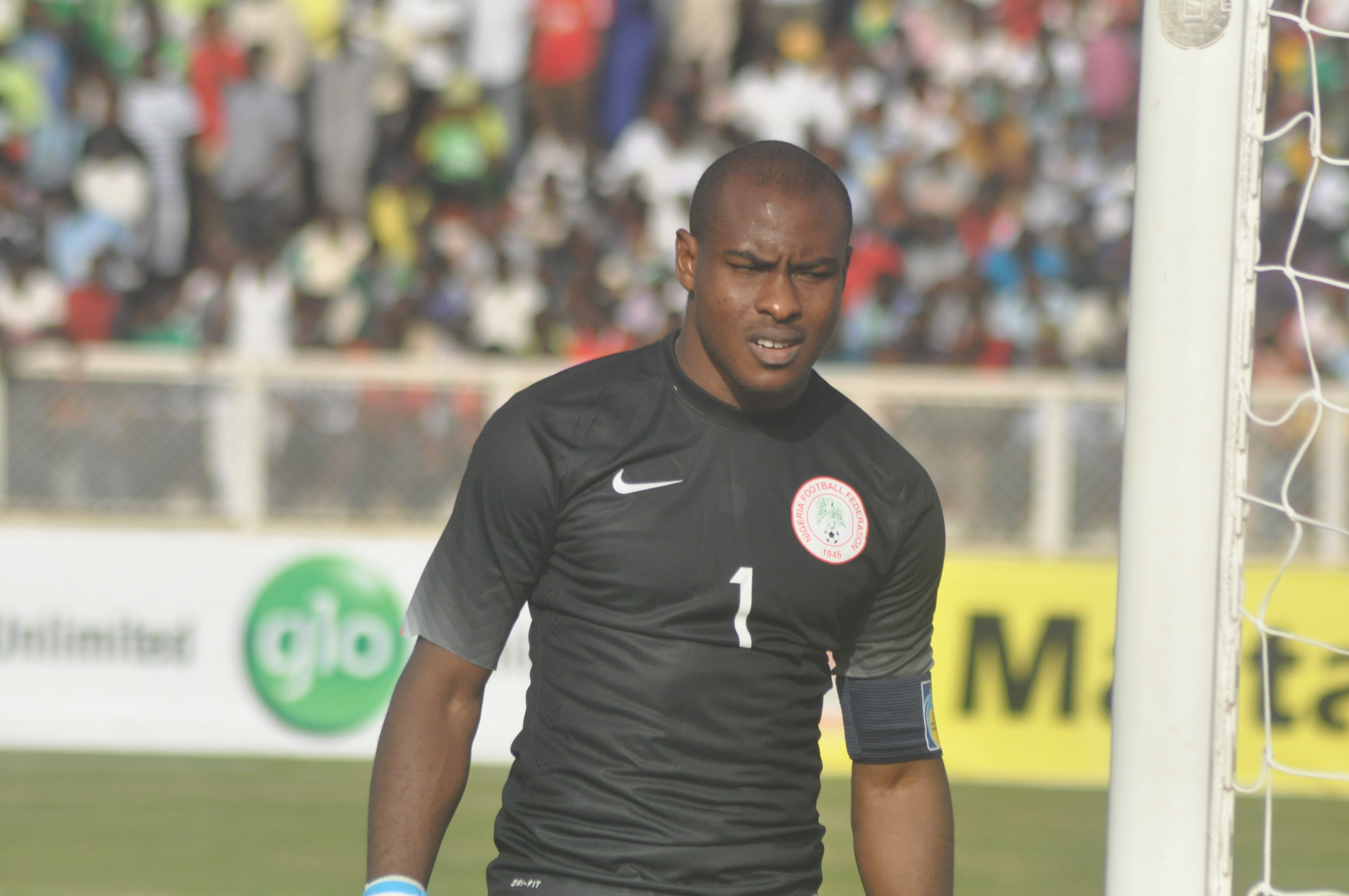 Super Eagles captain Vincent Enyeama has been summoned by the Nigeria Football Federation to face a disciplinary panel, the governing body announced in a press release made available on Saturday.
Also Read: Facts you never new about Jay Jay OkochaThe Lille player will face the NFF disciplinary committee on Thursday in relation to his statement against Kaduna as host city for Super Eagles matches.
Enyeama was quoted as condemning the Ahmadu Bello Stadium pitch and raising concerns over security in Kaduna.
The committee, headed by Barrister Chris Green, wrote: “You will recall that you were queried by the Nigeria Football Federation for your uncomplimentary remarks with regards to safety and security in Kaduna State, host of the Nations Cup qualifying match between Nigeria and Chad Republic.

“You are by this, invited to appear before the Disciplinary Committee of Nigeria Football Federation sitting on Tuesday, 23rd June, 2015 at the Federation’s Secretariat in Abuja. The committee sitting will commence at 11am prompt.”
In a related development, midfielder Ogenyi Onazi, who earned a straight red card for an act of retaliation during the said match, has been issued a letter of reprimand, ordered to produce a written apology and fined the sum of $5,000.
In a letter signed by Tunde Aderibigbe on behalf of the General Secretary and dated 19th June, the NFF wrote: “The Board of the Nigeria Football Federation has viewed your behaviuor and conduct during the Nigeria/Chad match as tantamount to gross indiscipline and unprofessional, which undermined the discipline of the team in its totality and a breach of ethics for players as well as the Code of Conduct for players and officials.
“Consequently, the NFF having reviewed the situation hereby impose a fine of $5,000 (Five Thousand American Dollars Only) on you as well as a written apology. We believe that subsequently you will be of good behavior and conduct, for a repeat of this behavior shall earn you even stiffer punishment
.
“We hope that this action shall serve as a deterrent to others in our future engagements.”