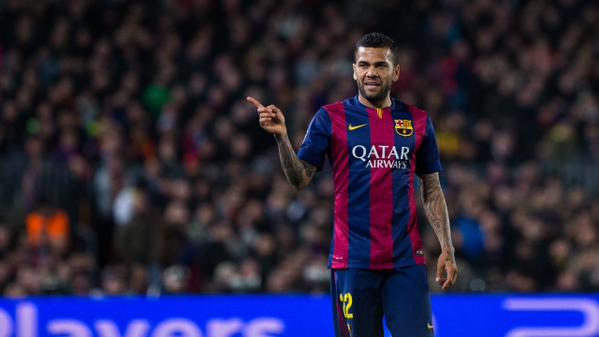 FC Barcelona defender Dani Alves has been handed a late call-up to the Brazil squad for this month’s Copa America tournament in Chile.

The 32-year-old who just signed a contract extension with Barca replaces Real Madrid’s new right-back Danilo, who picked up an injury in Brazil’s Sunday’s 2-0 victory over Mexico.

Dani Alves has not featured for his country ever since Brazil’s forgettable World Cup campaign in 2014 that ended in a 7-1 semi-final loss to Germany.

The defender was dropped by former Coach Luiz Felipe Scolari at the quarter-final stage of the competition and has neither featured nor made the Squad for Brazil ever since the arrival of new coach Dunga.

In a statement by Brazilian football federation’s (CBF) on their official website, it was confirmed that Danilo has failed to recover from an injury to his right ankle and will shortly leave the Brazil’s camp to continue his rehabilitation in Madrid.

Danilo is the fourth player in Brazil’s Copa America squad to withdraw through injury, with the Sambas having already lost Luiz Gustavo, goalkeeper Diego Alves and Marcelo from its original list of 23.

Dani Alves will become the fifth Barca player to take part in the tournament with Messi, Neymar, Bravo and Javier Mascherano all thirsty for glory. Luis Suarez misses out through ban.

YOU MIGHT ALSO LIKE:
Dani Alves – Barca’s most priceless asset
Dani Alves stays until 2017
Top 20 highest paid athletes in the world