Abidal To Return To Barcelona If Laporta Wins 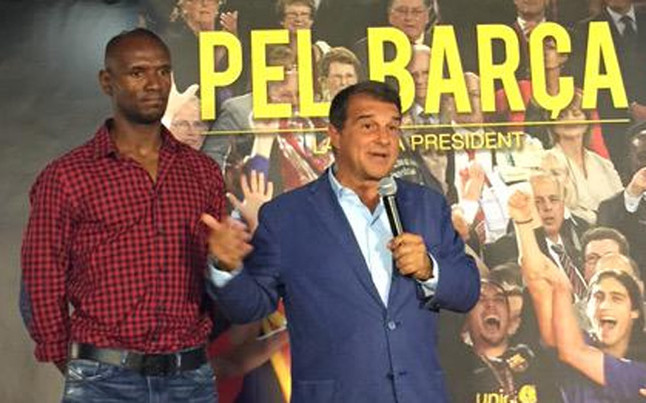 Joan Laporta who was former president of FC Barcelona from 2003-2010 and is a strong candidate to return to the post on July 18, presented the team that will work for him if he is elected as president next month of which the most significant announcement was that the highly-cherished Eric Abidal will be the sporting director of the Club if Laporta wins the elections.

“He [Abidal] is one of our heroes for all he has won and because he has the energy which he transmits to everyone of us in this campaign,” Laporta commented about the former French international who lifted Barcelona’s 2011 UCL Trophy.

Abidal on the other hand looked and sounded happy and ever interested in the new role stating that it had always been his desire and intention to return to the club after retirement and that he is really excited about the project.
“Barça is more than a club, it is my club and I always said that I wanted to continue here after I retired. I know Joan [Laporta] well and I have a lot of confidence in him and he in me, too.

“With Laporta, when we speak we look each other in the eye and we don’t hide anything.” Abidal said.

Abidal has good plans for Barcelona’s academy and stated it is part of his plan to revive La Masia.

“We want La Masia to return to producing great players like Andres [Iniesta], Messi, Xavi and that Barça, which is the socios, share this project, which is for the present and the future, with me.”