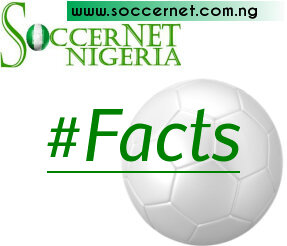 In October of 1998 a bolt of lightning killed an entire 11-man soccer team from the Democratic Republic of Congo. The opposing team was completely unharmed. Thirty more people had burn injuries.
Some people thought the team had been cursed and that was what caused the lightning to strike them. The game was a draw at 1-1 when the lightning struck the visiting team in the province of Kasai in the eastern region of the DRC.
Incidentally, a similar situation happened the following weekend in Johannesburg, South Africa. A Premier League soccer match was suddenly stopped when lightning struck the field.
Half of the players from both teams, the Jomo Cosmos and the Moroka Swallows, fell to the ground. Several of the players writhed on the ground holding their ears and eyes in pain. Luckily, no one was killed in that incident.
Tags: Facts
Share6Tweet4