Mikel To Replace Khedira At Real? 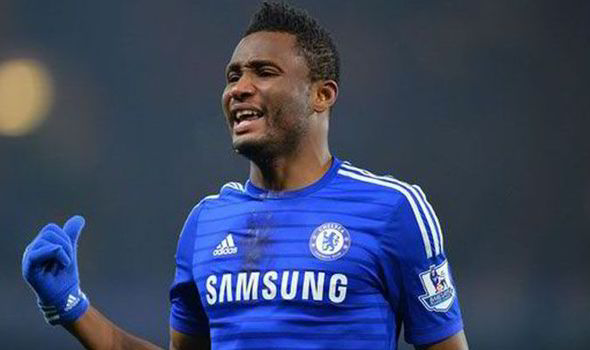 Photo: Getty Images
According to rumours flying around recently, Nigeria International John Obi Mikel might be joining the Spanish giant, Real Madrid at the opening of the next transfer season.
The 28-year-old who has just two years left on his current contract, has also confirmed the rumours saying that Real Madrid have shown interest in him and considering signing him in the next transfer season.
“It’s true Real Madrid want Mikel, but he hasn’t said yes or no to them,” a close source to Mikel told SL10.

“After the season, he’ll consider all his options and decide which is best for him,” he added.
As it is now, Sami Khedira looks set to leave the Santiago Bernabeu, and Carlo Ancelotti is believed to have targeted Mikel as the German’s replacement after working with the ex-Lyn youngster during his two-year reign in west London.
Mikel has made only four Premier League starts this season at Chelsea.
Tags: NewsNigerians Abroad
Share6Tweet4