Messi And Nigeria – A True Love Story That Leads To Success. [MUST READ]

by Precious
in News
0
Share on FacebookShare on Twitter
It’s like this oil-rich African country is a second abode for Barcelona’s Argentine footballing wizard Lionel Messi. The dimunitive forward have experienced inexplicable success the year after he faced Nigeria in an official game every single time. 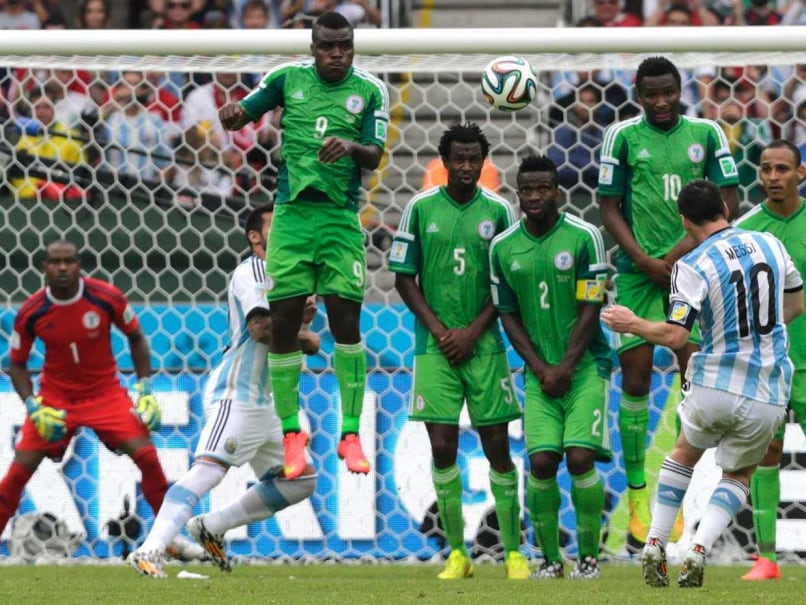 Messi have faced Nigeria in four official games. The main point of this article is that, prior to their meeting at the 2014 FIFA World Cup, the Argentine have won the Uefa Champions League a year after he faced Nigeria in the previous three occasions. Interesting, isn’t it?
2005 FIFA World Youth Championship Final.

Argentina and Nigeria met in the final of the 2005 FIFA World Youth Championship (U-20 World Cup) with a 17 year-old Messi one of the youngest in the tournament and obviously the smallest. The Barcelona youngster was on the winning side as his brace ensured a 2-1 for Argentina. Messi was top scorer with 6 goals and was awarded the best player of the tournament.
A year later, his team Barcelona defeated Arsenal FC to win their second UCL crown. Although Messi did not feature in the final due to an injury, he was in the tournament’s squad and played some games. He was voted Gillette’s best young player of the year.
Beijing 2008 Olympic Games.

Messi and Co. met with their beloved foes once again in the final of Beijing 2008’s olympic soccer tournament. A star-studded Argentina came out victorious again with Messi showing class. His wonderful through ball split the Nigeria defence to set Angel di Maria on a one-on-one with the in-form Ambrose Vanzekin who rushed out only to be lobbed over by Di Maria. 1-0 it ended.
A year later, with a new coach and lots of new faces, Barcelona defeated Manchester United in the 2009 UCL Final with Messi on target. The team won the treble and ended up rewriting history by claiming the Sextuplet.
2010 FIFA World Cup In South Africa. It was in the group stage this time but one thing was constant, Argentina still won. Messi was great but was frequently denied by an inspired Vincent Enyeama in Nigeria’s goal. His saved shot led to the corner kick that was scored by Gabriel Heinze in the 6th minute. The game ended 1-0 in favour of Maradona’s men but the tournament did not go as planned as Argentina were ambushed by Germany 4-0 in the knockout stages.
The next year was a joyful one for Messi’s Barca as they once again defeated Manchester United in the Champions League final with what is considered the “finest display of modern football.” Messi got his 3rd consecutive World Player of The Year Award in a year where Barcelona only missed out on the Copa Del Rey. 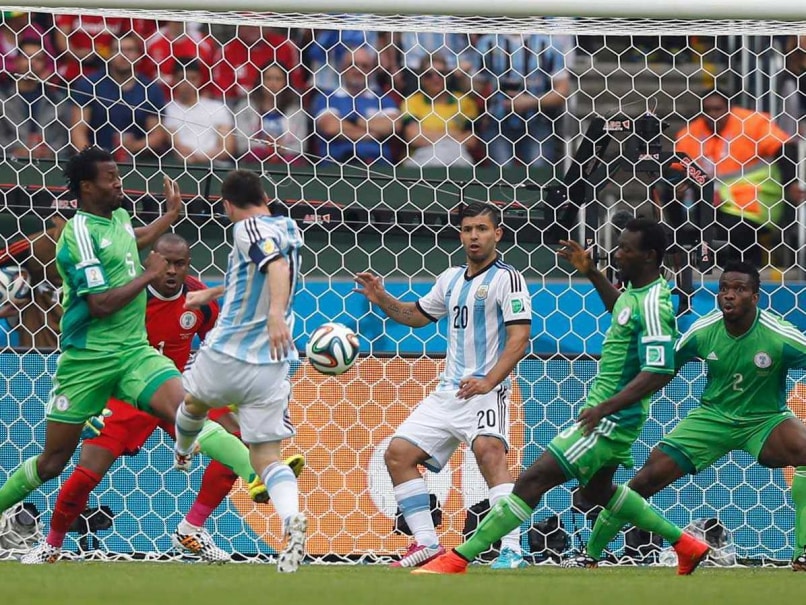 After an injury-laden campaign that saw Leo go trophyless with Barcelona, the King was back to his best at the World Cup. In the game against Nigeria, he had his sweet revenge on Vincent Enyeama beating him twice, including a sublime goal from a direct freekick. Argentina won 3-2 but lost the title in the final against Germany.
Guess what??!… It’s 2015! A year later…
Whoo! Now is 2015 and Messi’s Barcelona are already in the Champions League final. It looks like the trend is going to continue. Well, we hope so! The game will take place in Berlin on June 6th versus Italian giants Juventus. If you are planning to die now please postpone it until June 7th, do not miss it. #RoadToTheTreble. Thank you Nigeria!