Messi: I’m not the player I was 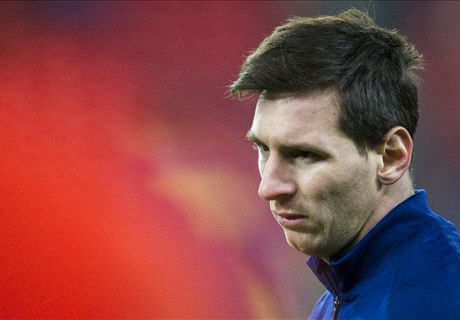 Barcelona ace Lionel Messi admits he is a very different player to the same Messi we knew ten years ago.

Having enjoyed a largely injury-free start to his senior career, the forward has struggled in the past 18 months with some muscular problems and he concedes he must now manage his body differently.

“You get older and you feel it. Now I make more of an effort to look after myself at half-time and be careful about what I eat.

“I have changed a lot since I first started out. I’m more mature and I have learned things both on and off the pitch. Some of the old Messi is still here, but not much.”

Messi also spoke about his future with the club despite rumors that he would leave the Camp Nou club at the turn of the year but the forward is adamant he is now happy once more with life at Camp Nou.

“I feel fine,” he added. “I’m happy with the way things are going.

“I want to keep helping this team. Last year was not a good one for us. There were too many problems on and off the pitch. But I hope all that changes this year.”