Barcelona are one step closer to yet another Champions League quarter final berth as they beat Manchester City 2-1 at the Etihad.

Two first half goals from Luis Suarez was challenged by Aguero’s 69th minute strike. The game also saw Gael Clichy sent off and Lionel Messi blew the chance to kill the game off by missing a last-minute penalty.

Luis Enrique fielded a strong XI with Ter Stegen standing in goal. Manchester City were however without talismanic midfielder, Yaya Toure, who was out through suspension.
Barcelona started the game the brighter side and wasted no time to take the lead after Luis Suarez fired home a left footed finish thanks to Vincent Kompany’s mistake.
The visitors had the chance to double their lead moments later after Suarez was presented a chance, but unfortunately, fired wide.
It seemed to be Luisito’s night as the Uruguayan added a 2nd to cool down the boos from the home fans. A great work from Lionel Messi found Jordi Alba in space at the left flank. The Spaniard took time to make a cross which fortunately was tucked into the back of the net by Luis Suarez.
Barcelona totally controlled the whole of the first half with Messi – as usual – tormenting City’s markers. Dani Alves‘ lobbed effort was denied a goal only by the crossbar.
Manchester City entered into the 2nd half with stronger motives, and really troubled Barca’s backline during the first five minutes. Edin Dzeko headed a free-header straight to Ter Stegen and Man City got 3 corners in that space.
The game was then controlled by Barcelona but the home side didn’t relent in their search for a goal, coming close on numerous occasions. They were yet rewarded when Aguero made a fine finish from close range, thanks to a sublime touch from David Silva.
The game continued with lots of actions and Gael Clichy was sent-off after recieving a second yellow for a bad challenge on Dani Alves. 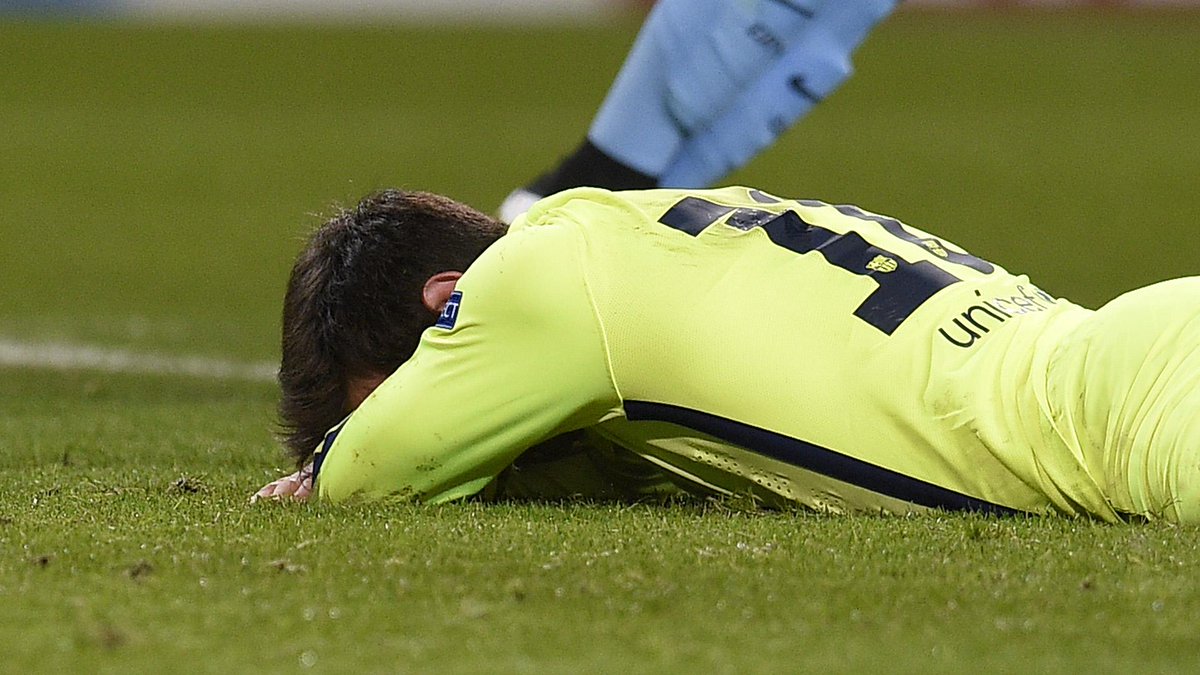 Burdens were reduced for Barca and the game became much easier. Messi was handed the opportunity to kill-off the tie on 94 minutes after he was fouled inside the box. The Argentine wizard stepped up and fired a shot which was beautifully parried by Joe Hart, Messi headed the rebound which somehow, unfortunately went wide.
The Barcelona talisman got a goal earlier which was correctly ruled out for offside but won’t have lot to worry about as his team have two precious away goals and a win to bolster their confidence, they now have 95% chance of making the next round.