Hazard: Mourinho wants me to score like Messi and Ronaldo 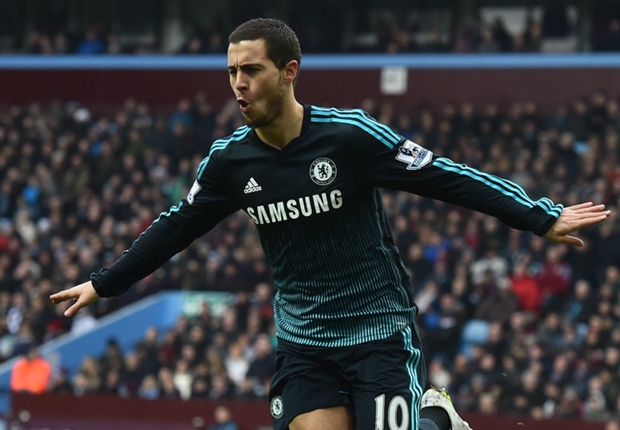 Eden Hazard, 23, has scored nine goals in 25 league appearances for the Stamford Bridge outfit this season, compared to his mentors 26 in 23 for Barcelona’s Messi and 28 in 20 for Ronaldo at Real Madrid.

And Hazard has revealed Mourinho is keen to see him find the net more frequently.

“Jose Mourinho would like for me to score more,” he is quoted as saying by The Mirror. “Us forwards need to score and to pass. But I think I compensate for that given how many chances I create.

“I’m fouled a lot, there are a lot of free-kicks and penalties that I win. But he’d like me to score more, like those great players [Messi and Ronaldo] who score two or three times each game.

“What strikes me the most is that Mourinho leaves us to it. He doesn’t put much pressure on us, he takes it on him and he lets us play.

“Obviously when we don’t win he’s not happy and you can see it during the week in training, but he doesn’t do our heads in saying ‘No, do this, do that’ every second.

“He lets us express ourselves on the pitch, he observes and from time to time he sees that we need a little push, so he says something honestly, whether it’s good or not good.

“Everyone respects him, he’s won everything and he still wants to win.”

Chelsea take on Paris Saint-Germain in the Champions League last 16 on Tuesday for the 1st leg of the game.