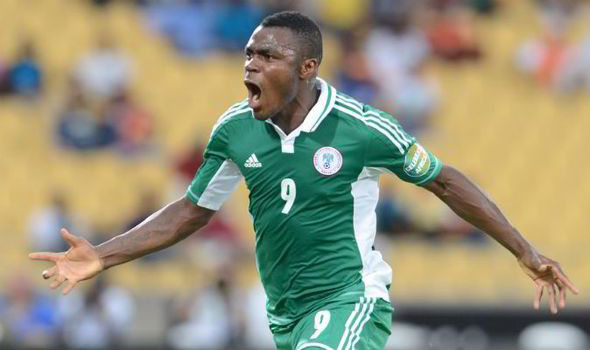 The Nigeria international Emmanuel Emenike has been constantly linked with a move to the Premier League in recent years, with Chelsea and Liverpool both tracking his progress.

The 27-year-old spent two successful seasons at Spartak Moscow from 2011 to 2013, where he scored 24 goals in all competitions.

Despite interest coming from the Premier League, he returned to Fenerbahce but since has failed to hit form due to a number of injuries.
And now – according to today’s reports – Spurs boss Mauricio Pochettino is hoping to finally bring Emenike to England’s top flight.<
/p>

The White Hart Lane outfit have had to rely on academy product Harry Kane to provide the goals this term, with experienced forwards Roberto Soldado and Emmanuel Adebayor struggling to find goalscoring form.

Spurs have reportedly tabled an £8m move for Emenike and could announce his arrival as early as next week.