The Blaugranas saw off their weak opponent with total ease as they qualify for the next round of the Copa del Rey in style.
A magnificent performance from the whole team ensured Luis Enrique’s men register an 8-1 victory, 12-1 in aggregate to cap off their biggest win this season. Although the win was perfect, FlyBarca rates the Barcelona players. 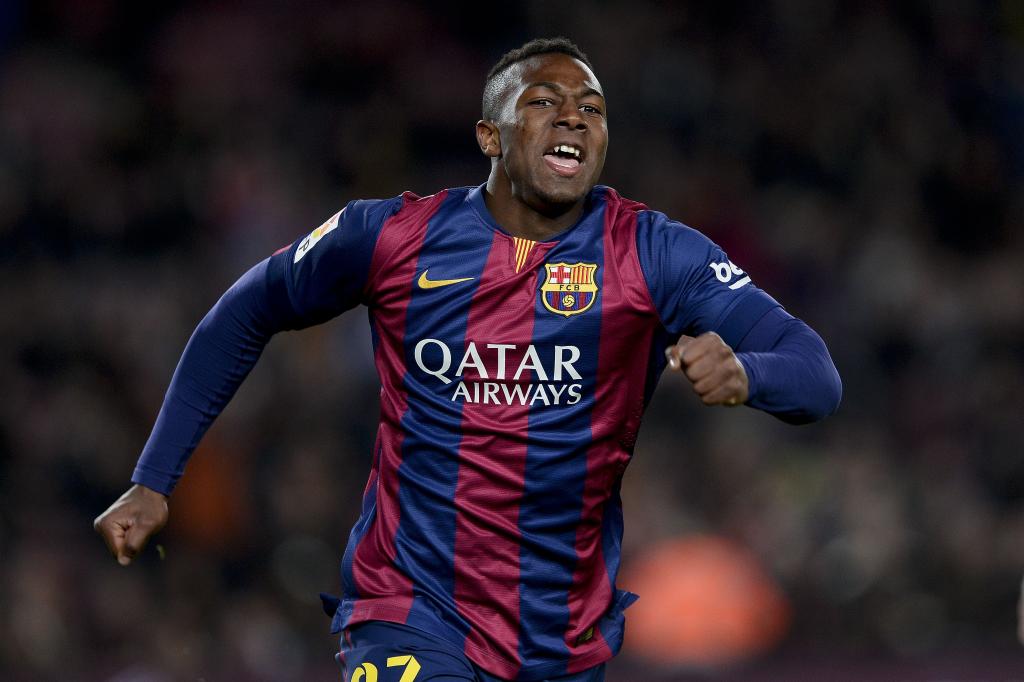 Enrique fielded a second string XI that comprised of 9 La Masia graduates and also handed 18 year old Barca B forward Adama Traore his first ever Cup game.
Pedro’s hat-trick is the major talking point of the game as the star looks to be getting back his lost ruthlessness in front of goal.

Jordi Masip: 6.5
Didn’t have much to do in his official debut and was beaten late in the game to blemish his sheet.
Martin Montoya: 8.0
The out of favour full back performed wonderfully well registering an assist in fine style.
Marc Bartra: 8.0
As usual, was the Puyol of the game. Was solid and could have got a goal for himself.
Javier Mascherano: 8.0
Was faultless on his 200th Barca game. Huesca didn’t even dare near him.
Adriano Correira: 8.5
The versatile Brazilian was an attacking threat all night an got a goal for him self. The 6th.
Sergi Roberto: 9.0
I first thought He was Xavi. Played wonderfully in midfield and unbelievable got Barca’s third. Could have added to his tally.
Sergi Samper: 9.0
Oh my! A joy to watch. His touches were sublime and was faultless when on the ball. A bomb yearning to explode.
Andres Iniesta: 8.5
Was captain for the night and registered a goal and an assist whilst playing only the first half.
Rafinha Alcantara: 8.5
A fine display from the youngster. His pace and trickery made Huesca markers look foolish. Was often fouled.
Munir El Haddadi: 7.0
Was unable to find the net but set up Pedro’s first goal. Was subbed off for Adama in the second half.
Pedro Rodriguez: 9.0
Completed his hat-trick after just 23 minutes. Was subbed off at half time for Sandro.
SUBS
Douglas Perreira: 7.0
Replaced Iniesta at half time and was good in the remaining periods of the game.
Sandro Ramirez: 8.0
Kept on searching for a goal and was deservedly rewarded with a late strike to complete the Rout.
Adama Traore: 7.5
Scored a wonderful goal after just spending few minutes on the pitch. Was awesome.
SEE ALSO:
Barcelona 8-1 Huesca – Match Report