by Jimoh Lawal
in News
2

Mikel who never started in any of Chelsea’s first 14 league games this season has suddenly forced his way into the first team as exemplified by his three consecutive starts in Blues’ last three Premier League matches.

Mourinho has now confessed that starting Mikel was very important as the Blues claimed a hard-fought victory on match day 17. 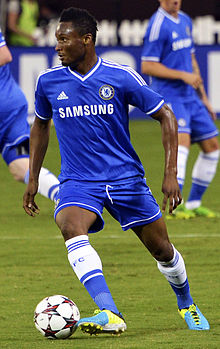 “‘It’s a victory that means a bit more than the three points, not just because it’s difficult but because to win here you need to put more than just your quality in.”

“Today (on Monday) we decided to play Mikel and Matic so we lose one creative player.”

“We had that stability in the team, and left Fabregas, Willian and Hazard the responsibility to create and they were not afraid to do that.”

“They put themselves in every situation and I think the kid was fantastic,”

Mikel has 383 minutes of league football under his belt for Chelsea this season.

He also played in every minute of Chelsea’s three league cup games against Bolton Wanderers, Shrewsbury Town and Derby County this season.