Messi And Iniesta Honoured By IFFHS For Their 2013 Performance

FC Barcelona duo of Andres Iniesta and Lionel Messi recieved Awards from The International Federation of Football History & Statistics (IFFHS) for their performances in 2013. 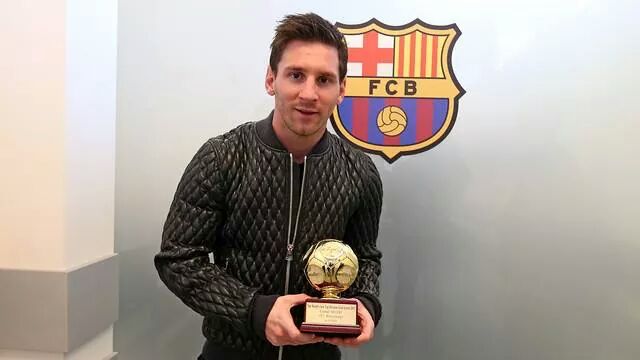 Messi recieved the honour for being the highest goalscorer in the world’s main football leagues, and Iniesta as the best playmaker in the world for the year 2013.

On Friday, the 19th of December 2014, Andrés Iniesta and Lionel Messi received the awards at the Ciutat Esportiva Joan Gamper from Robert Ley, vice-president of the International Federation of Football History & Statistics. Iniesta has been announced as the best playmaker in the world and Messi as the top goalscorer in the world’s biggest leagues.
This is the second year in a row that both Iniesta and Messi won the Best Playmaker and Top Scorer awards respectively with teammate Xavi Hernandez scooping the former from 2008 to 2011.
Messi takes the IFFHS award for as top scorer thanks to his 46 goals in 32 games in 2013.