It looked like everything was over until a miracle happened, Barca scored with almost the last kick of the game.
Sergio Busquets scored the winner in the fourth minute of stoppage time (90+4) as Barcelona luckily closed the gap on Real Madrid at the summit of the table by beating Valencia 1-0 at the Mestalla. 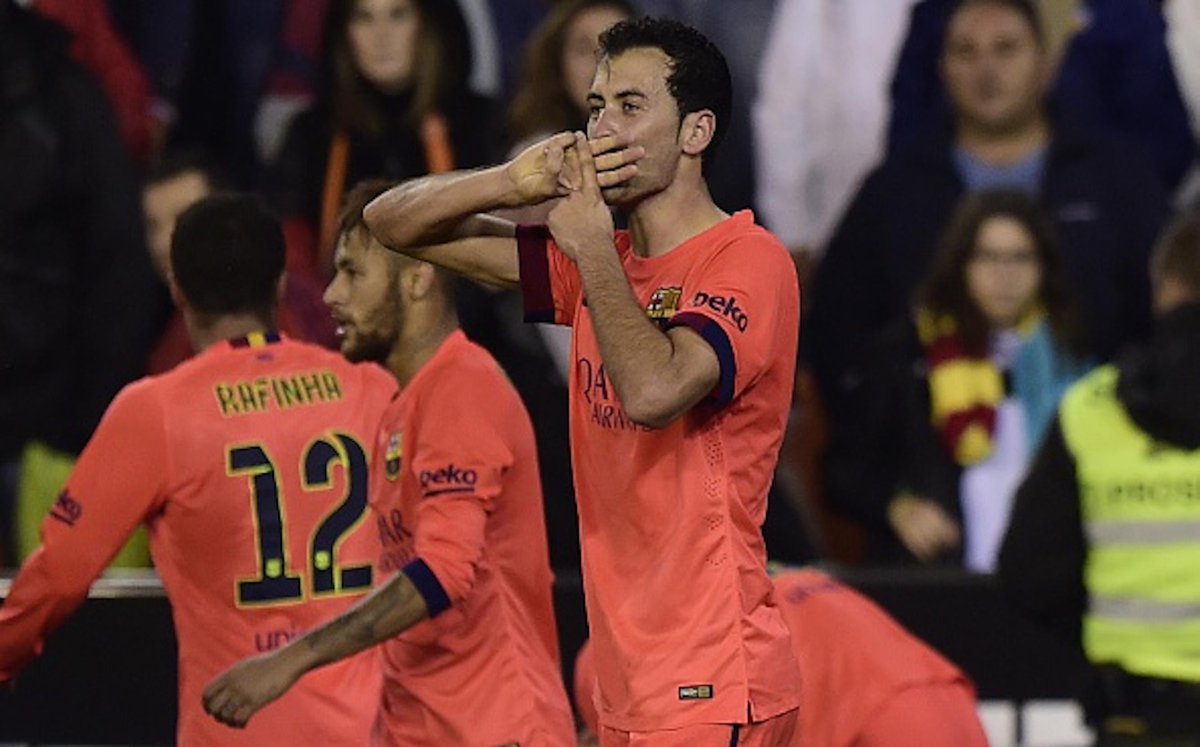 The visitors stuck with their tiki-taka style of play early in the game but the rhythm was ocassionaly disrupted by the determined Valencia team, although, Barcelona had the first real chance of the game when Suarez shot was tipped by Diego Alves.
Valencia were making it difficult for the likes of Neymar and Suarez to get involved on a regular basis, and they threatened at the other end when Alvaro Negredo hit a shot straight at Claudio Bravo.
The best two chances of the first half fell to Valencia, but they missed the opportunity to take the lead when Barca target Andre Gomes twice fired past the post from the edge of the box.
At last, Barcelona came back to their senses in the second half and Suarez missed a glorious chance to break the deadlock.
The home side then came close once again to punishing Barca moments later when Rodrigo fired a low shot, only to see it cleared off the line by the impressive Gerard Pique.
Barcelona were then dealt a huge blow when a goal from Suarez was disallowed, despite replays showing that the Uruguayan was clearly onside when the cross was delivered by Dani Alves.
The visitors continued to look vulnerable at the back, and they were fortunate to remain on level terms as Algerian star Sofiane Feghouli hit a great opportunity straight at the relieved Bravo, who came to his side’s rescue again to keep out Negredo’s powerful strike at bay. The number 1 had his best game tonight.
Valencia then dropped deeper in a bid to frustrate Barca, but the Catalans finally made the breakthrough with one of the final kicks of the match when Busquets tapped home after Diego Alves had pulled off an impressive save to deny Neymar.
Barcelona celebrated like a criminal who has just been discharged and acquaited by the court but it all ended in a tragedy as their talisman Lionel Messi was injured in the head after a fan threw a bottle at him. The funniest part was that the Argentine was shown a yellow card for complaining.
The win sees Barca in second spot, two points behind leaders Real Madrid.