by Biyi Akangbe
in News
0
Former Arsenal defender, Thomas Vermaelen have recently been linked to Manchester United on loan as injury problems may force Barcelona to offload the Belgian Temporarily in January. 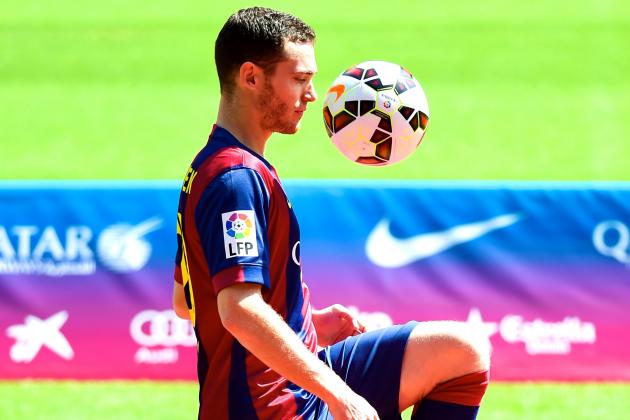 The Red Devils along with Vermaelen’s former employers Arsenal are preparing shock loan moves for the injury prone Barcelona star in a bid to improve their recently underwhelming defence.
Vermaelen only moved to La Liga this summer in a £15m move from Arsenal, but injuries have prevented him from making a single appearance for his new side.
He has recently returned to full training only to return to his old self by sustaining another knock in training, leaving the Catalans frustrated.
With Javier Mascherano, Jeremy Mathieu, and Gerard Pique ahead of him in the pecking order, he knows it will be difficult to get first team football even after full recovery.
Barcelona may be willing to send him out on loan to regain match fitness, and with Arsenal and Manchester United both suffering defensive crises he is attracting Premier League interest.
It would certainly be a bizarre move for Vermaelen to find himself back in the Premier League on a short term deal just six months after leaving, but with the current situations at Arsenal and United it’s a very real possibility.