by Biyi Akangbe
in News
0
World Cup top scorer, James Rodriguez says he is not 100% comfortable with his role at Real Madrid as he would prefer to play in a more attacking position. 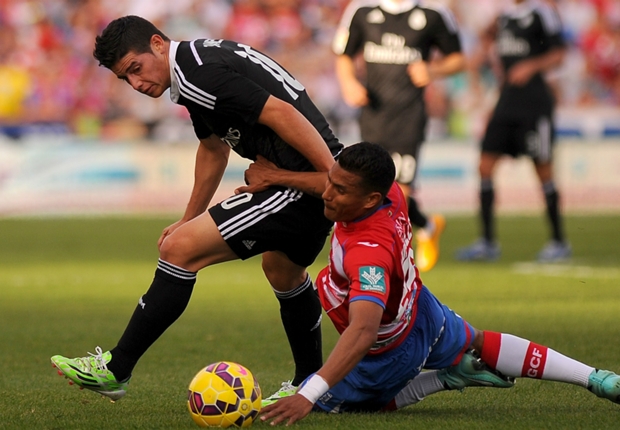 The 23-year-old impressed for Colombia at the 2014 World Cup playing as second striker, but he has been utilised in a more central role at Madrid due to the presence of attackers such as Cristiano Ronaldo, Gareth Bale and Karim Benzema.
He has admitted that he would enjoy playing a bit higher up the pitch, but is ready to feature wherever the coach needs him.
“It’s true I play a little deeper for Real Madrid. I can push a little further forward for Colombia,” James told reporters.
“I hope to play where I feel most comfortable and help the team to win. I feel more comfortable where I play for Colombia because I like to be closer to the goal; that works better for me. I can score and pass from there.
“But as a player I have to be prepared to play in any position.”
James has been in excellent form for Madrid so far this season, scoring six goals in 19 appearances in all competitions.