Nottingham Forest started poorly against Chelsea, but Taiwo Awoniyi helped his side rescue a vital result against Graham Potter’s men.

The Tricky Trees took on Chelsea in their first game of the year.

Chelsea were the better side from the start, and they needed just 16 minutes to take the lead via Raheem Sterling’s goal.

Nottingham Forest grew into the game in the second half, and they were rewarded for their effort.

Serge Aurier scored the equalizer for Nottingham through an assist from Wily Boly.

Awoniyi had an excellent game. The former Liverpool man registered three tackles, two key passes, two shots, and one dribble. His efforts ensured that he won the Man Of The Match award.

Super Eagles boss, Peseiro, was at City Ground to watch the game, and there were pictures of him with Dennis and Awoniyi, as per debolabanjo. 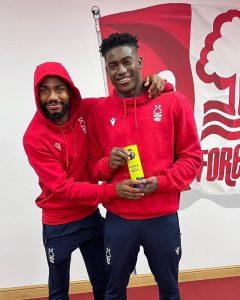 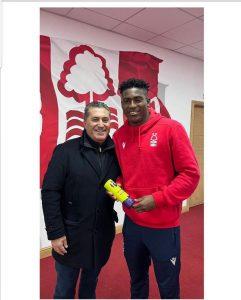 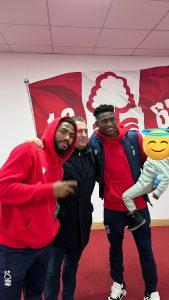 Dennis was on the bench for the entire 90 minutes despite impressing in his few minutes in Forest’s previous game against Manchester United.