Owen Goodman’s mother, Abi Goodman, has sent a message to the Super Eagles head coach about her son.

The young goalkeeper for Crystal Palace’s U-21 first team has the choice of representing either England, Canada, or Nigeria.

Although the goalkeeper has represented Canada’s under-21 team, Nigeria is where his heart lies.

The Senior squad’s top two goalkeepers have not been at their best so far as a result of the several losses the Super Eagles team has suffered.

The Super Eagles goalkeeping staff, however, now requires prompt attention, as this has signaled.

Francis Uzoho of Omonia is the current Super Eagles goalkeeper, followed by Maduka Okoye and Adebayo Adeleye, with Adebayo Adeleye seeming to be the third option.

Although Uzoho’s recent performance against Manchester United in the Europa League group stage match made headlines, his national team play, including his disaster against Ghana, cannot be simply ignored.

Everyone has been convinced by Okoye and Adeleye’s performance that Nigeria’s goalkeeping unit needs urgent adjustment.

The team’s goalkeeper coach and the technical staff are reportedly looking for candidates, which may be a nice opportunity for the 19-year-old who wants to fill the position.

In response to criticism of Nigerian players representing other nations on social media, Owen’s mother uploaded a picture of him wearing a Nigerian jersey. 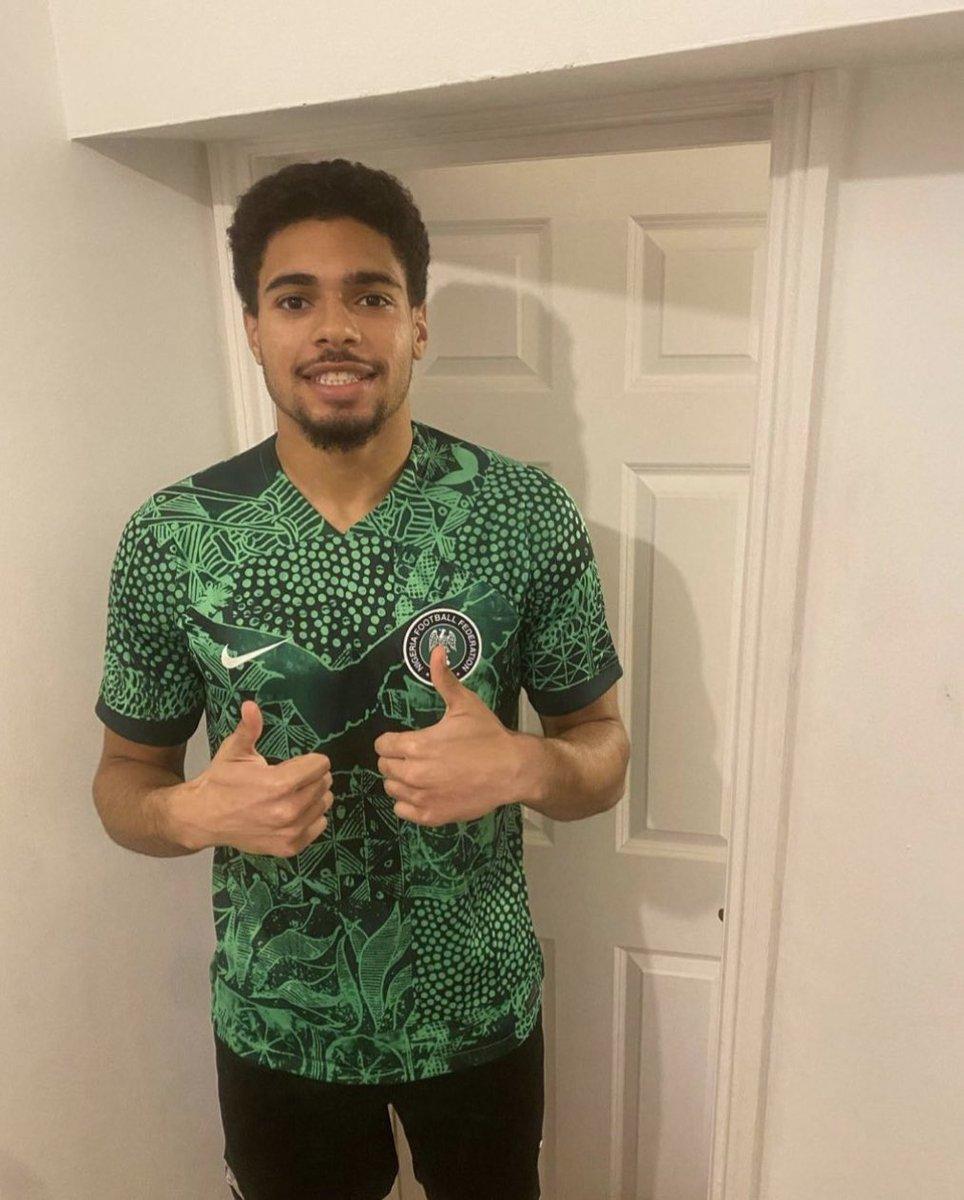 The mother also wrote with the following caption:

However, reports claim that the wonderkid’s representatives have held talks with the NFF boss, Ibrahim Gusau, which his name has been noted for further discussion or possible call-up by the Portuguese head coach, Jose Peseiro.