The two defenders got their maiden national team call-ups, and they would be looking to impress boss Peseiro

The Super Eagles squad for the international friendly game against Portugal was released on Friday, and as usual, there were new developments.

Some players were omitted from the squad, while some returned after a period of absence.

Nottingham Forest striker Taiwo Awoniyi failed to make the cut. Meanwhile, other regulars like Ola Aina, Sadiq Umar, and Cyriel Dessers were left out because of injuries.

Who is Bright Osayi-Samuel?

Born in Okija, Anambra, Osayi-Samuel is also eligible to play for England by naturalization.

Osayi-Samuel began his career at Blackpool’s Academy, and he broke into the first team in 2015.

Osayi-Samuel left English football to join Turkish side Fenerbahce in 2021 for just €560,000.

That move has yielded results for the right-footed midfielder-turn-defender, as he has grown in leaps and bounds since he moved to the Super Lig. 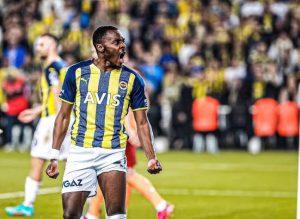 In his two-year stay in Turkey, Osayi-Samuel has played 82 games for Fenerbahce, scoring two goals and nicking three assists. His value has risen astronomically in the last two years from just over €500,000 to €9million as per transfermarkt.

Osayi-Samuel started his career as a midfielder but at Fenerbahce, he usually features as a right-back or a right wing-back.

What to know about Bruno Onyemaechi

Boavista central defender Bruno Onyemaechi will have the opportunity to prove his quality to coach Jose Peseiro.

Born in Owerri, Onyemaechi’s career has portrayed steady growth. From featuring for the youth teams of Lillestrom, and Feirense, Onyemaechi has become a stalwart for Boavista this season.

The 23-year-old has started all ten of Boavista’s games before the break, but he has only been able to help to three wins. 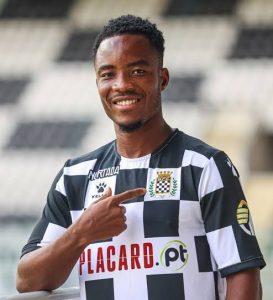 Standing at 6ft, Onyemaechi has a decent height for a center-back. The Feirense loanee is quite dogged and strong on the ball.

His decision-making can be questioned but he remains a decent addition to the team.