The day has come. Nigerians had long waited for this moment. Like the mainstream politics in the country, the desire for change in Nigeria’s football leadership isn’t premised on the otherworldly quality of the next man in line, but for the simple force that the lesser known presents.

It could go bust or great, but for the sake of letting the known devil go, Nigerians will welcome the unknown with open hands.

September 30th made it 8 years since Amaju Pinnick emerged President of the Nigeria Football Federation. An astute politician in every sense of the word, blessed with the gift of the word and one that can calm a storm with a beautiful verb until the adjective of victims paint great destruction; Pinnick is your typical Nigerian politician.

His emergence was premised on promise. Having led the Delta Football Association and made it one of the best-functioning at a time, his mixture of the understanding of the realpolitik with a great oratory skill and some money to spend opened the doors.

While he led his state’s FA, the Warri-born Pinnick helped Warri Wolves to becoming a club of immense reputation, which produced some Super Eagles players at the time. What he didn’t do however, was create a working environment for the further advancement of the club even after he left. That’s by the way.

What did Pinnick achieve as NFF President?

Pinnick was elected NFF President for the first time on September 30, 2014. Like every new entrant into a top office in Nigeria, there were messianic appellations attached to his presence.

Aminu Maigari whom many wanted to see his back quickly didn’t perform as terribly. Under him, Nigeria had abolished its old system of using mostly league players in age-grade tournaments, the benefit of which the team still enjoys today.

In terms of achievement, the Super Eagles won an AFCON during his tenure but his administration suffered enough cracks for many to seek the next quickly. He, in terms of same achievements is a level ahead of Pinnick.

To focus less on the political side of events will make this a shorter route to describing Pinnick’s time.

1. Under Pinnick, the Super Eagles missed out on;

For the amount of attention and time Pinnick paid the Super Eagles at the expense of other key football matters, Nigeria missed out and didn’t qualify for the;

In 2019, few months after the Super Eagles had displayed an average performance at the 2018 World Cup, the Super Eagles won a bronze medal at the tournament. The last edition held in Cameroon ended in a round of 16 exit.

To a great degree, Pinnick and the NFF’s appointment of coaches suffered great flaws and affected the team’s results. When Gernot Rohr had shown his finest capacity, he was left to go on and offered a new contract, only to be sacked at the wrong time. It was simply a marriage of convenience for Pinnick, not necessarily for the growth of the national team.

The Super Eagles were his shiny ornaments, expected to cover the rot, but deeply-rooted problems existed in Nigerian football.

For Pinnick’s special preference for the men’s senior national team, that’s a report sheet that leaves too many questions to ask.

With the Super Eagles, Pinnick achieved a World Cup group stage feat, and an AFCON bronze medal, unpalatable interference, unsolicited pep talks, and a backlog of owed allowances and bonuses.

2. The Super Falcons, frustration and politics

From captaincy problems and coaching, the Super Falcons struggled greatly under Pinnick, despite winning the 2018 AWCON (now WAFCON).

Under Pinnick, the Super Falcons missed out on two Olympic tournaments because of the lack of motivation and a fractured leadership that could have long been corrected.

A preference for foreign coaches wasn’t met with the requisite availability of resources or understanding of their job but for reasons best known to Pinnick, he stuck to them. From Thomas Dennerby to Randy Waldrum, the Super Falcons hardly grew. While new players were convinced to join the Super Falcons, local talents barely got the opportunities they deserved. Local women’s football barely developed despite the efforts of individuals to keep it up and sailing. This takes us to local football.

3. Local talents? – not for Pinnick

Pinnick loves the Press. When Nigerians talk, there’s an instant reaction in the national team roster. Players go to the US to get drubbed by Mexico and are told to wrestle shirts from their colleagues in Europe after one game.

Sometimes, the new coach takes many of them, mostly not the best of them to tours and they barely show the requisite skills needed for growth. Those actions were continuously antithetical with a penchant for development. They were at best, a means to keep Nigerians quiet.

The Federation’s Cup got ridiculed under Pinnick’s administration and what has been one of Nigeria’s most historic tournaments had no excitement to its presence again. Like the Federation’s Cup, the league also barely developed.

The League Management Company has now been declared an illegal organisation by the court and where does that leave the league’s running? To begin all over again?

The selection of coaches, although impressive in some aspects, also showed a part to influence that defeated purpose.

The 1994 Super Eagles got the appointments and would be good on Pinnick’s books but tales like the absence of contracts and unpaid salaries became a regular theme.

In cases like the appointment of “African Guardiola” – Sunday Oliseh, Pinnick sold Eldorado to Nigerians but the rest they say, is history.

Before Oliseh, the NFF had also left Stephen Keshi to fail with the team he built. The Big Boss had gotten to the peak of his coaching prowess with the Super Eagles and had delivered the impossible. It would have been honourable to let him go but that reality never dawned until the Super Eagles were embarrassed to not masking it to the 2015 AFCON.

There are many good Nigerian coaches pushing themselves in different parts of the world and all they seek is tutelage and opportunities.

The NFF neither sponsors coaches to CAF programmes again nor has its programme for them and updating their skills become more difficult.

Many who can afford to travel abroad and seek better training go but come back to take jobs that leave them being owed a log of bonuses and salaries. 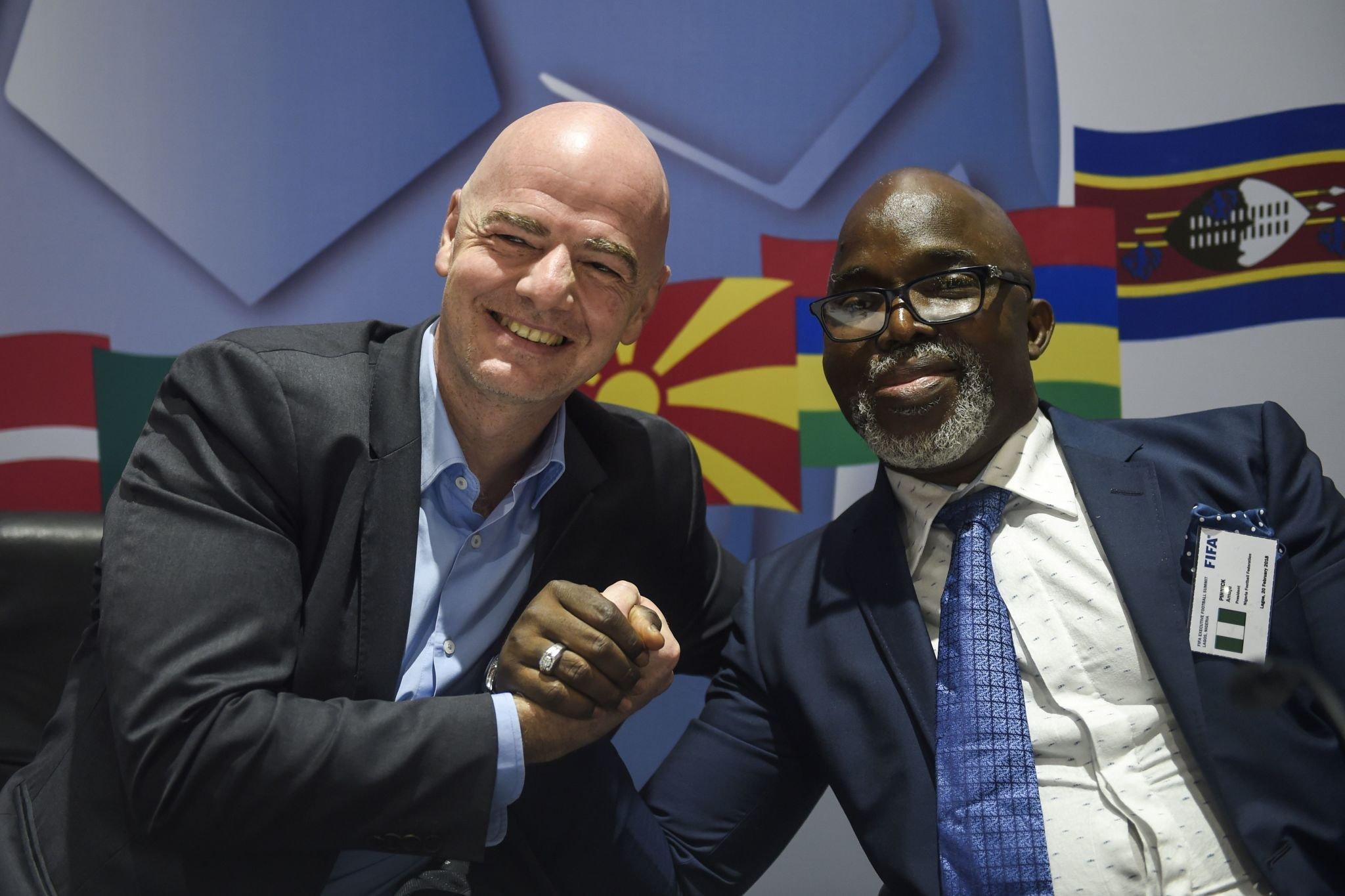 Although he placed himself strategically in a vantage position in world football politics, supporting different CAF leaders to their emergence and going as far as becoming a FIFA Executive Committee member, Nigerian football was stifled under Pinnick.

The Beach Soccer national team, who are one of Nigeria’s most successful football teams has struggled to be for years. Suspended, yet owed a stack of bonuses, the team continues to struggle yet is still considered for competitions.

Under Pinnick, the Federation Cup, which represents significant history in Nigerian football suffered.

Pinnick claims to have upped the NFF in terms of financial independence, working more with corporate organisations than wait for the government’s largesse, but court cases that question his financial records are also not quickly forgotten.

A number of them still float around and what becomes of Nigeria’s FIFA grant is still shrouded in top level secrecy. All we hear is ‘we are broke’ while Nigerian football struggles and the man in charge fuels his ambition.

Nigerians waited so long to see Pinnick’s back, but how much of his back will be seen is a question of time.