Many things happened on Friday at the DY Patil Stadium, Navi Mumbai, India – venue of the first quarterfinal clash of the currently ongoing FIFA U-17 Women’s World Cup.

There was heartbreak; there was joy. Celebration met pain and drama was the winner on the day. History was made and a jinx was broken but there were images, moments and scenes that specially caught the eye.

Onyeka Gamero was one of such exciting presences. A special one at that.

It had rained fire and brimstones in Navi Mumbai before the commencement of the game. The match was delayed for over one-and-a-half hours due to the weather condition, but the local fans stayed true to the cause. They were about to witness a good game of football and nothing could have stopped them. Any clash between Nigeria and the United States has many things at stake.

Watching teenage girls play is naturally exciting. Their errors, show of brilliance, rawness are points of beauty, and when the players on parade are particularly talented, it’s easy to stay in the game. Gamero is outrageously talented and got fans staying glued to game.

Onyeka Paloma Gamero may not have helped the United States defeat Nigeria, but she left an indelible mark on Nigerians and many are already dreaming of what may be. Eligible for the Super Falcons through her parentage, she was easily the most exciting and toughest player to face in the American team on Friday.

Fleet-footed, pacy, technically-gifted with deft control, her ability to draw opposition players in saw her create a wave of attacking situations for the Americans. But for some resolute defending by the Nigerian girls, she could easily have been the difference on the night. That would not be, to the joy of Nigerians but they saw one of theirs who proved good enough to be credited.

That game saw a mixture of blood, tears, laughter and goosebumps in different measures. It was as brutally chilling to a side as cinematic to the other. 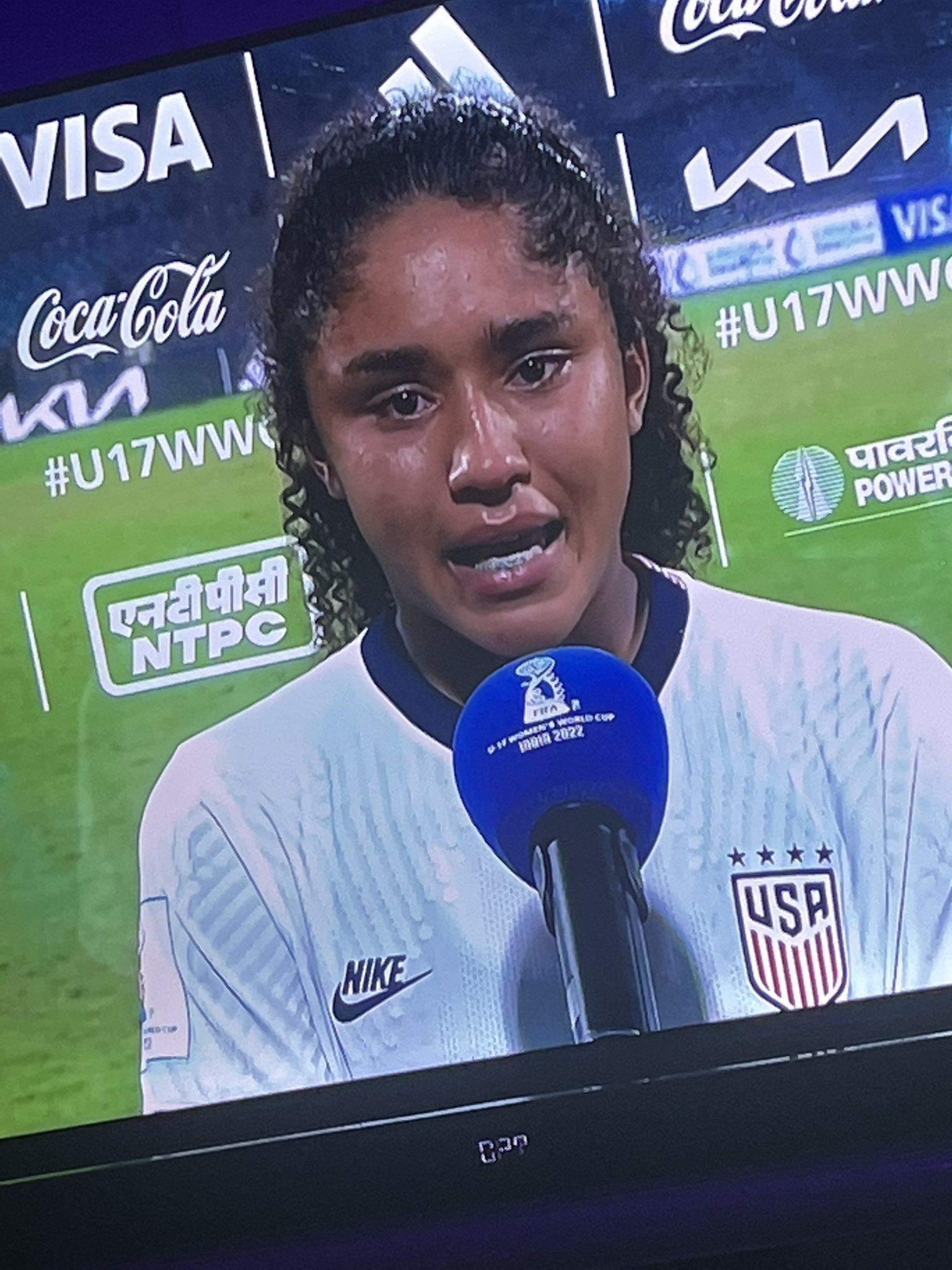 From the fallibility of the VAR to the miracle that failed to leave Usani, that goalkeeping masterstroke substitution by Bankole Olowookere, saved and retaken spot kicks, the songs of praise, the reaction of the coach to Edafe pulling her shirt off when she scored the deciding penalty and the moments that decided the advent of history, Gamero still having her face and place in the hearts of Nigerians amid the bevy of activities tells a lot about her impression.

Perhaps what would even make her memory the most indelible was her reaction to the United States’ loss against Nigeria. She faced the camera for an interview and said the right words despite crying through it all. It underlines her love for the game. A game she once said she loves everything that concerns it.

Such character for a 16-year-old. Gamero is going right to the top and Nigeria can only hope about her. Talents and characters of her kind are difficult to let go and the United States know they have a real deal in their hands. She’s not in the league of many. She proved it time and again on Friday and may be doing a lot of that in the future.