The former Watford man missed the Super Eagles’ game against Algeria because of injury, but he looks very fit for Forest’s game against City

Super Eagles striker Emmanuel Dennis was ruled out of Nigeria’s friendly game against Algeria because of an injury. But he seems to have recovered quickly, as he partook in Nottingham Forest’s preparatory session for their fixture at Leicester City on Monday.

Dennis sealed his €14.8million move from Watford to newly-promoted Nottingham Forest in August, but he has struggled to find his feet in Steve Cooper’s struggling setup.

One of 22 new players at the club, Dennis has not started a game since he joined. The 25-year-old forward has made just four appearances from the bench.

Nottingham Forest travel to the King Power to take on Leicester City on Wednesday. And ahead of the clash, the Tricky Trees shared pictures of their players in training. 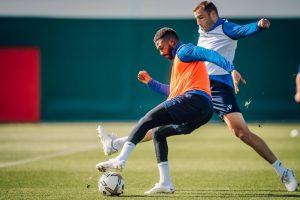 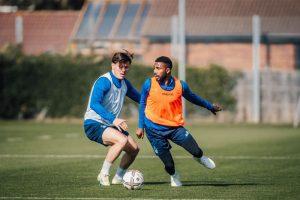 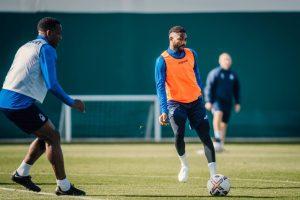 Judging by the pictures, Dennis looks like he’s back and fit enough for their trip to the East Midlands.

Also, after consecutivelosseses, Cooper may tweak his setup and Dennis could finally get the nod to start if that happens.

The Foxes have been poor in recent weeks, and Nottingham Forest may be looking to take advantage and end their four-game losing run.