Super Eagles defender Kenneth Omeruo has expressed his pleasure at partaking in Leganes’ off-field initiative to educate young footballers from Spain and beyond.

One of Leganes’ most dependable defenders, Omeruo has been irreplaceable for the Cucumber Growers since joining from Chelsea in 2018.

The Super Eagles defender was even more influential for Leganes last season, featuring in 17 league matches and scoring two goals. Omeruo’s best effort was, however, not enough to secure promotion to La Liga at the end of the campaign. Los pepineros only finished 12th of the 22-team Segunda Division. 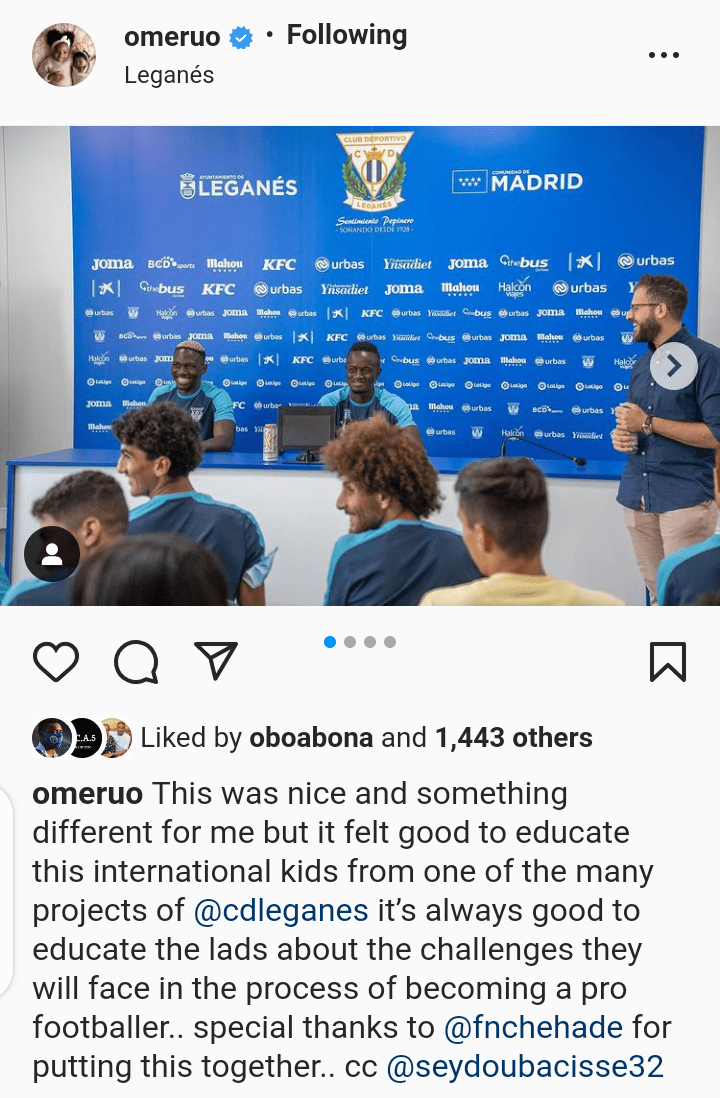 Leganes go again next season and have been building up their preparation in preseason.

But the Madrid-based club is also taking advantage of this period to educate and empower youngsters who are eyeing a career in football.

Omeruo is one of the first-team stars who have been charged with mentoring the club’s youths.

And after spending time teaching the kids, he was pleased to find the exercise a rewarding and enlightening one.

The 2013 Africa Cup of Nations winner wrote on his Instagram page: “This was nice and something different for me but it felt good to educate this international kids from one of the many projects of @cdleganes.

“It’s always good to educate the lads about the challenges they will face in the process of becoming a pro footballer.. Special thanks to @fnchehade for putting this together.”