Victor Moses has suffered an Achilles tendon injury and has been ruled out for six months as a result.

Moses suffered the injury in Spartak Moscow’s 2-0 win against Ural on Saturday in Matchday four of the Russian Premier League.

The injury was unforced and it came just after the hour mark on Saturday as Moses hit the turf without being touched and with no opposition near him.

He left the stadium in crutches moments after being stretchered off the pitch.

Spartak Moscow in an official statement said the player’s injury state and extent was confirmed after medical examinations were conducted.

He will also undergo surgery to correct the situation. 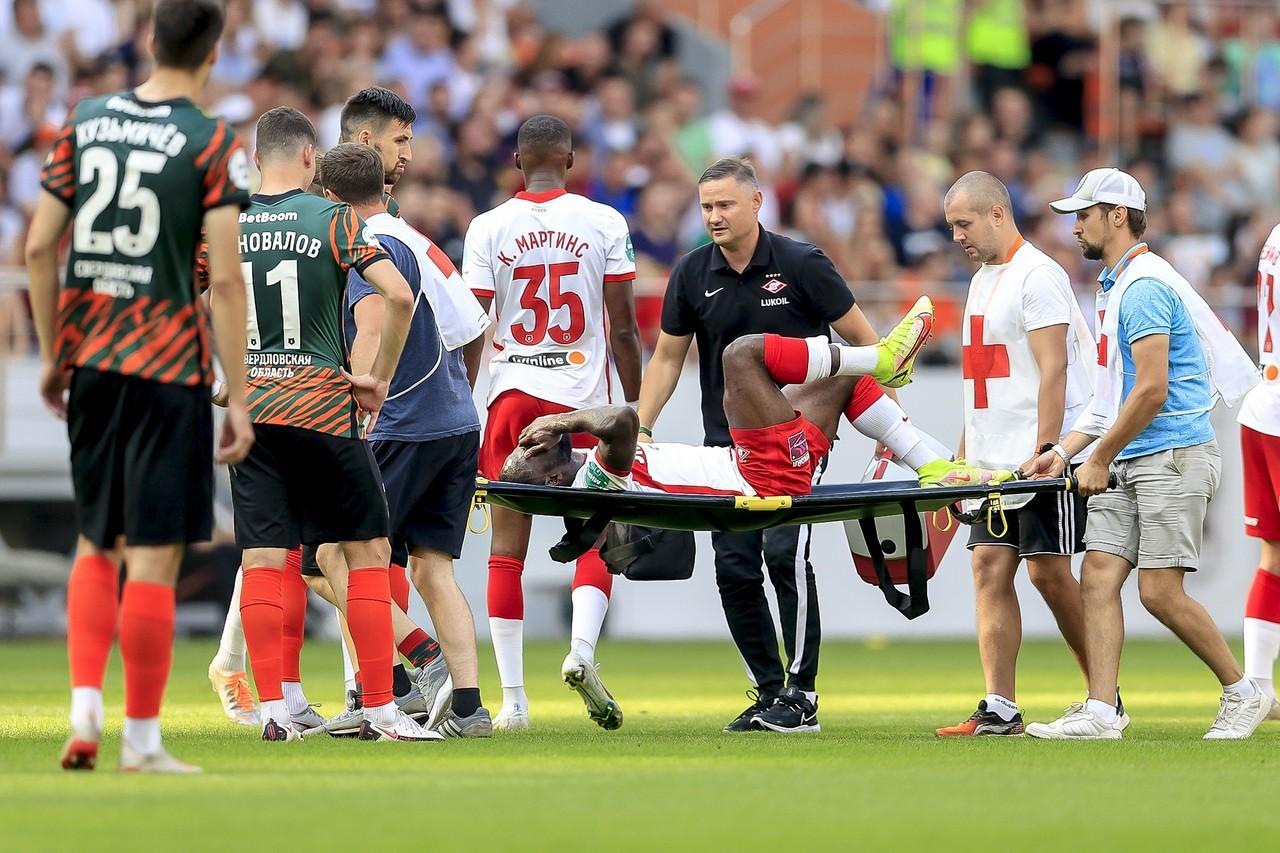 “The Nigerian has been diagnosed with an Achilles tendon injury. The player will have to undergo surgery,” the club said in a statement on Monday.

“It will take about six months to recover from the injury. We wish Viktor a speedy return to the field!”

Moses had shot to the new season in rich vein of form, scoring and assisting for the Russian Cup champions. He had arrived preseason late as result of personal issues and was last week hailed as the best wing forward in the league by the club’s chief.