Arsenal started last season with a 2-0 away loss at then newcomers Brentford and will also start this season with a short trip to South London where they’ll face Crystal Palace on Friday.

Some Nigerian players – featured, yet-to-be featured and uninterested in featuring for the Super Eagles will be involved in action.

Who are the Nigerian players expected in Premier League week 1 action?

Palace will have three Nigeria-linked players and Super Eagles-eligible stars in their fold with Eberechi Eze, Michael Olise and recent recruit Malcolm Ebiowei all in the squad. Olise, may however, not feature due to injury. 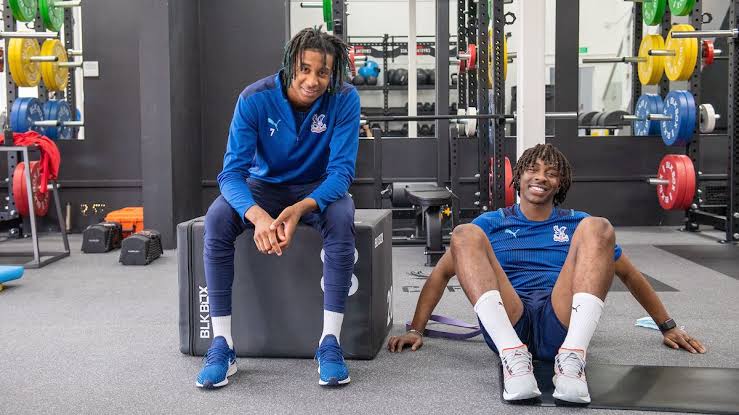 The Gunners have struggled to muster results at Selhurst Park in the past and lost there last season. They will, however, try to get their season on to a flying start by defeating Patrick Vieira’s Palace who have shown steel and quality at home in the past.

It is perhaps Manchester City academy product, Tosin Adarabioyo’s last chance to work his way to getting an England shirt.

Previously relegated two seasons ago with Fulham under Scott Parker, he was one of Marco Silva’s best lieutenants in the Championship last season and rightly helped the team seal a return to the Premier League.

Tosin has in the past rejected Super Eagles’ overtures and will hope to have a good season this time to earn his much-desired Three Lions shirt. He, however, needs to get down to business against Liverpool at the Craven Cottage in Saturday’s lunchtime kick off.

He will be facing a possibly exciting Liverpool attack and is expected to be tested to the maximum.

Scott Parker is also marking his return to the Premier League as a manager just after one season out. This time, he’s with the Cherries and will hope to see the brand of football he saw his team play in the Championship.

In Dominic Solanke, Bournemouth have a player hungry to prove he can play at the highest level. His previous 63 appearances in the Premier League mostly came from the bench and produced just four goals.

The Super Eagles-eligible forward scored 29 goals in 46 games last season for Bournemouth and helped them to return to the top level.

While he failed to crack the seniors at Chelsea and made an ill-timed move to Liverpool afterwards, the 24-year-old forward is currently at a level he can call his and with measured expectations necessary for his growth.

Against the Villans, he has a chance to continue from where he stopped in the Championship as Bournemouth mark their return amongst the big boys.

Taiwo Awoniyi joined The Reds in a record deal earlier in the transfer window. He has shown glimpses of what he can offer the team during preseason.

It’s a dream coming true for Awoniyi as he finally has the chance to play in his first Premier League game, six years after being recruited as a teenager by Liverpool. Work permit issues ensured Awoniyi would first have to go on a nomadic run to get back to where he has always wanted.

Now amongst the big boys with Nottingham Forest, who are making a Premier League return after more than two decades, he will hope to shine and show Liverpool and the league what they’ve since missed.

Against Saudi-owned Newcastle, Awoniyi has a chance to impress and announce himself to the league in grand style.

Tottenham look even stronger this season with the club owners supporting Antonio Conte and giving him what he wants.

Aribo scored a world beater last week and was the toast of the Saints fans as he skipped past Villarreal players with aplomb. The new Southampton #7 will hope to hit the ground running in the Premier League against a formidable opposition away from home.

It is also dream-come-true for the former Rangers and Charlton man as he makes his bow in the Premier League.

Bazunu, formerly of Manchester City is already an Irish international goalkeeper and one highly-rated at the club. Whether he’s good enough for the Premier League is a question of time.

Nathan Tella may also see this season as the year he finally makes an inroad into the Saints first team. While he’s been given some playing time in the past, he will be looking to get more this time.

Last season, Everton missed relegation by the skin of their teeth.

But for the relentless efforts of players like Alex Iwobi, the Toffees may have settled for a place in the Championship.

In their first Premier League game, they are up against a current Chelsea side not brimming with confidence. After some unconvincing preseason preparation and difficult transfer window, Chelsea may find Everton, who have been a bogey team for them even become more difficult.

Iwobi has shown he’s at home anywhere during preseason, and it’s left to be seen how Frank Lampard will deploy the Nigerian midfielder.

Chelsea pipped Barcelona and AC Milan to the signing of Carney Chukwuemeka and the club’s plans for him are yet to be known.

A talented midfielder, he showed glimpses of his promise at Aston Villa. It will be surprising to see him earn a starting berth against Everton as Chelsea are not short of better and more experienced options in his position and for his role in the team.

Wilfred Ndidi is expected to be back from his injury lay-off at the end of last season. Having featured in some preseason games already, the former Genk midfielder is set for another season in the Premier League.

His absence last term was sorely felt by the club and the Foxes will hope he stays fitter this season as they try to cope with the losses they may experience. 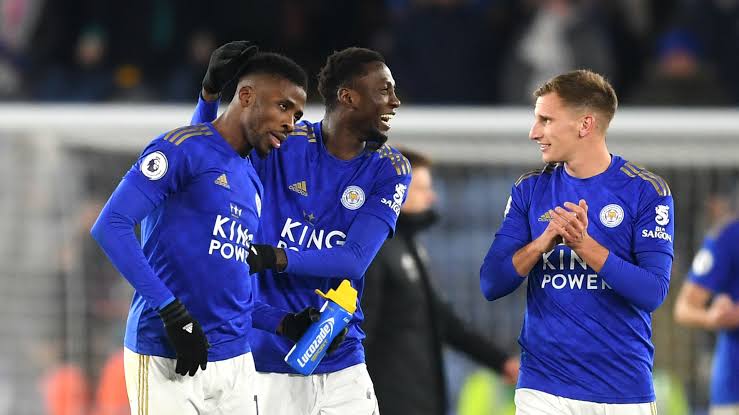 With senior players in the team and one of the most talented players in the squad, Wesley Fofana wanting out, Brendan Rodgers will work to get his team in the right state as they host the Bees.

Kelechi Iheanacho is starting another Premier League season, hopeful of improving on his previous numbers while he retakes his ‘Seniorman’ role.

Thomas Frank’s Brentford have shown they can sting, and will take an opportunity if it presents itself.

Frank Onyeka had an average season last year and will hope to play more regularly this term and show his Danish manager what he’s made of. In Michael Olakiigbe, he has another Nigerian to relate with in the Brentford squad after the midfielder was signed from Fulham.

It’s expected to be a resplendent week of quality Premier League football and fans can’t wait to get going.