by Rilwan Balogun
in News, NewsNow, Nigeria, Serie A
0

Kevin Lasagna gave Verona the lead on Monday as Napoli started the new season on the back foot.

The Neapolitans dictated the opening exchanges and played Verona out of the park but fell behind in the 29th minute when Kevin Lasagna latched on to a cross.

Napoli equalised in the 37th minute through Kvicha Kvarashkhelia and scored on the stroke of half time through Osimhen. The Super Eagles forward latched on to a flick from Di Lorenzo to give Napoli the lead into the half time.

Thomas Henry equalised for Verona three minutes after restart and put additional pressure on Napoli. Piotr Zielinski scored Napoli’s third of the night before Stanislav Lobotka made it four.

Osimhen assisted Matteo Politano’a fifth of the night to complete a perfect game before being substituted in the 83rd minute for Adam Ounas. 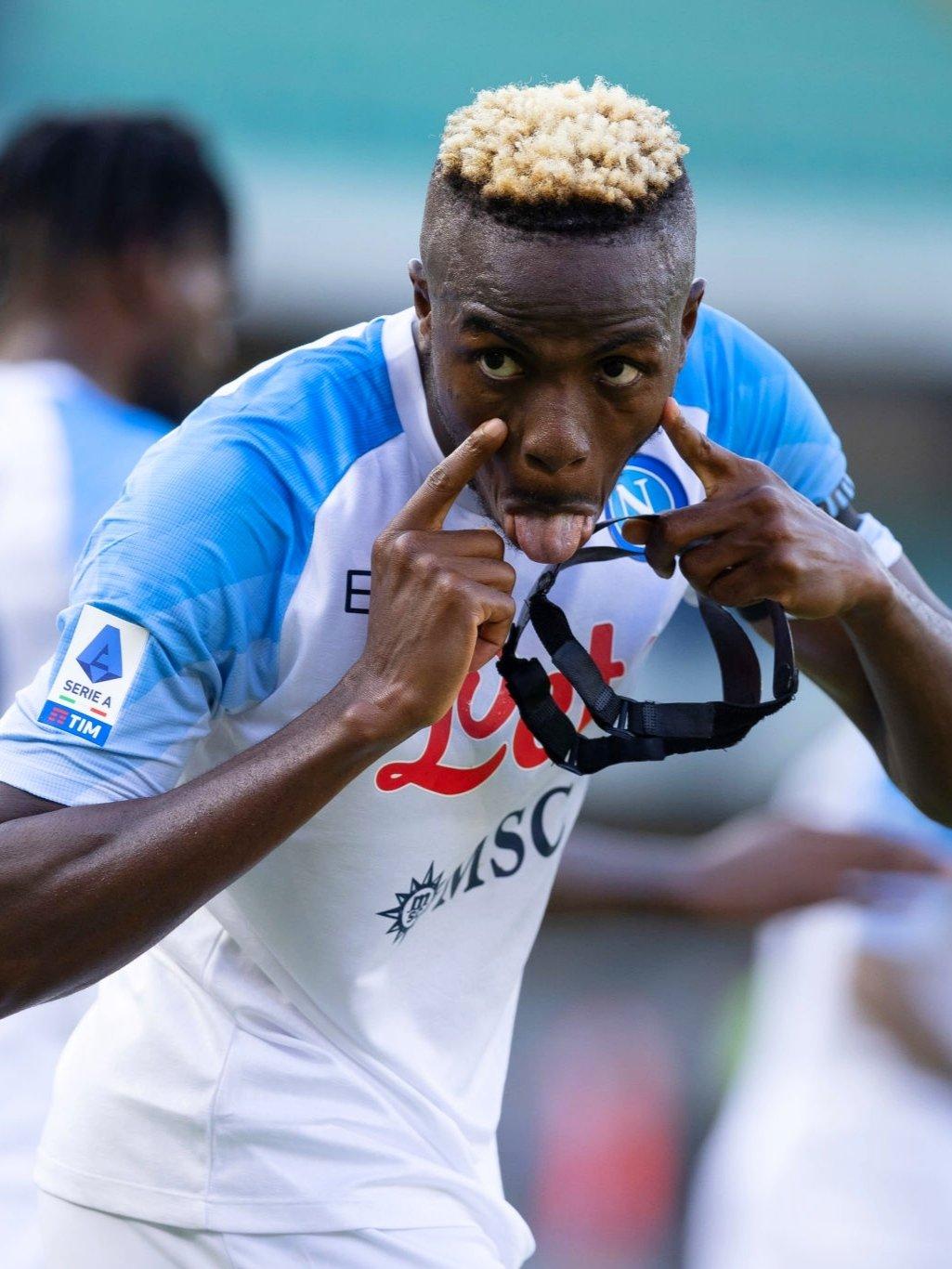 How did Osimhen steal the show?

While Osimhen stood out as one of Napoli’s stars of the evening, his celebration proved the biggest star of the night.

The former Lille forward did the crying celebration in front of Verona fans after he grabbed his goal of the evening.

The reason behind his gesture is expected to be known subsequently but it has made the headlines more than Napoli’s win on the night or any individual performance.