After struggling in the early stages of the encounter, Troost-Ekong recovered to deliver a decent display as the Eagles earned the first win in six matches in all competitions.

The stand-in Super Eagles captain, however, had to be replaced by Leganes centre-back Kenneth Omeruo after he cupped an injury in the 80th minute.

Despite his setback, Troost-Ekong expressed his pleasure at the team’s success, posting on Instagram: “First game and first win to set us off on the new AFCON 2023 campaign. Thanks for the messages. I will be back soon.”

Arsenal hero Nwankwo Kanu and Watford forward Emmanuel Dennis were among those who responded to Troost-Ekong’s post. 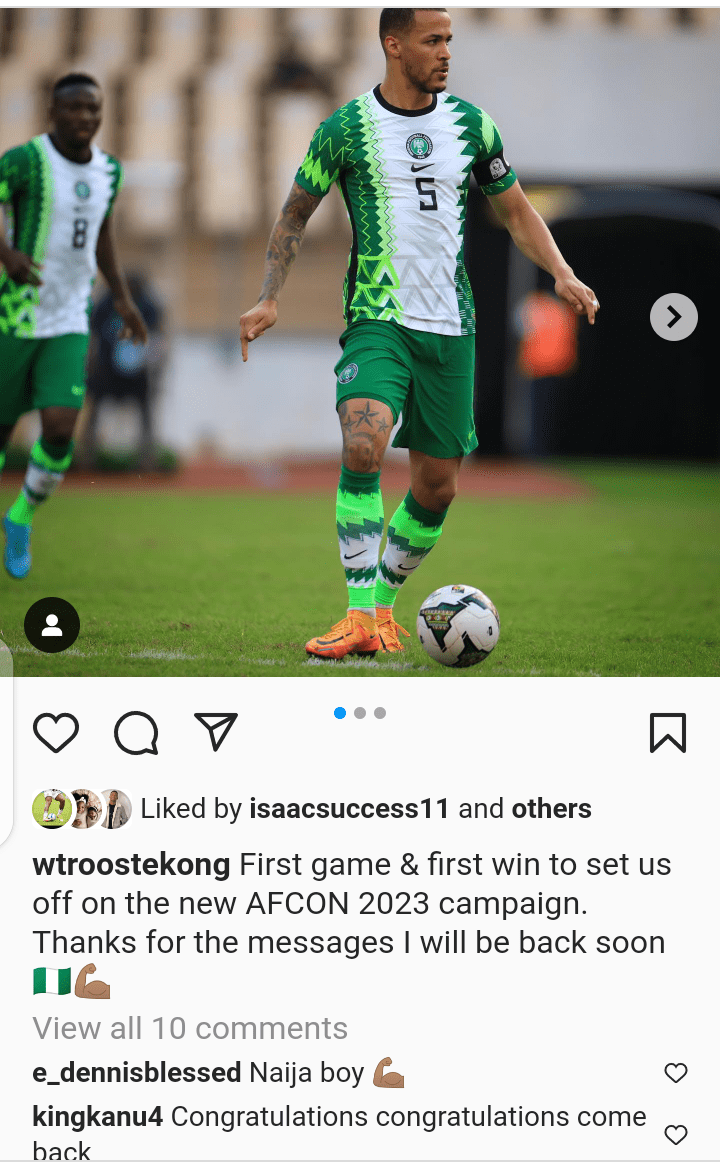 Nigeria next make the trip to face Sao Tome and Principe on Monday, a game that may come too soon for Troost-Ekong.

Head coach Jose Peseiro can, however, call on Kenneth Omeruo and Rangers’ Leon Balogun as capable alternatives in the heart of the defence for the Eagles.