Six Months Out – Which African Teams Will Take Part in the World Cup?

The 2022 World Cup in Qatar is just six months away and the entire footballing world is getting excited. Perhaps none more so than the fans who are looking forward to seeing the planet’s biggest festival of football return at a novel point in the year. To cater to these eager fans, many bookmakers are already offering odds on futures markets, the most popular of which is the outright winner. In England, which is one of the favourite countries this year, fans have got access to dozens of World Cup-specific free bet offers that they can use for placing these wagers.

But while the usual teams can be found at the top of the bookies’ lists of favourites, there is a total of 32 nations taking part in FIFA’s tournament. This list includes countries from every hospitable continent in the world, with five of them coming from Canada.

Unfortunately, Nigeria didn’t make it into this year’s tournament. The Super Eagles were deprived of a spot in the competition after they were beaten by Ghana in the third round of the qualification tournament back in March.

The first leg of the round, which took place at the Baba Yara Sports Stadium in Kumasi, Ghana, ended 0-0. The return leg was also a draw, but Ghana’s solitary away goal at the Moshood Abiola National Stadium in Abuja was enough to secure them a spot in Qatar.

But who will be joining them? Here are the African nations taking part in this year’s World Cup.

As we’ve already touched on, Ghana were one of the most recent teams to qualify for the World Cup after beating Nigeria in two closely fought matches.

Ghana first entered the World Cup back in 1962, but did not qualify for the main part of the tournament until 2006. When they did, they certainly made an impression.

The 2006 World Cup was held in Germany and Ghana was allocated to compete in Group E during the group stages, alongside Italy, the Czech Republic, and the United States of America.

The African side finished second in the group with six points, just one behind group winners Italy. This earned the team a spot in the round of 16, the first step in the knockout phase. Unfortunately for Ghana, they were drawn to play against Brazil, one of the best teams on the planet.

Four years later, Ghana reached the quarter-finals in South Africa but lost to Uruguay on penalties. In 2014, the team didn’t make it out of the group stages, and in 2018, they didn’t even qualify.

Things look like they’re on the up though. Having made it into the 2022 running of the competition, Ghanaians will be hoping for more success. They have, however, been drawn into a difficult group, as they’ll face Portugal and Uruguay. Ghana could still make it through though – only time will tell. 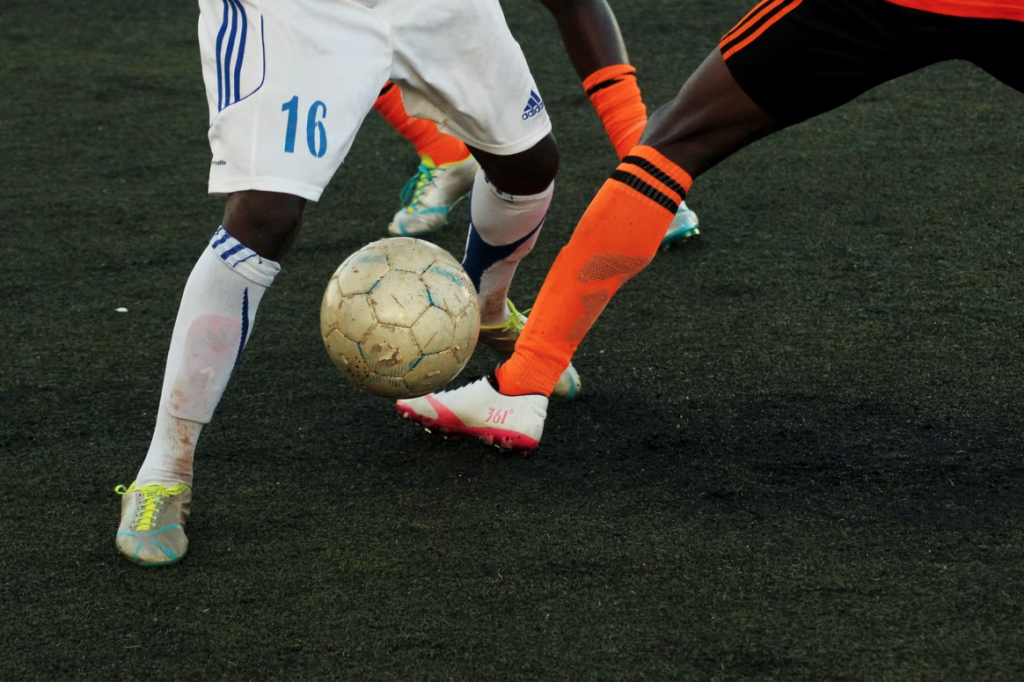 Senegal have only made it to the World Cup two times before, the first of which was in 2002 in Japan and South Korea. Like Ghana, they really made hay when they were there, progressing all the way to the quarter-finals.

The team were allocated to Group A, a tough one that featured France, Uruguay, and Denmark. The Senegalese side won their first-ever World Cup match against France in the Seoul World Cup Stadium 1-0.

They then held out for draws against Denmark and Uruguay, cementing themselves a spot in the knockout phase. After this, they went on to beat Sweden in the round of 16, going on to face Turkey in the quarter-finals. However, this was where the dream ended, with the Turks winning 1-0 in golden goal.

After missing out for the next three competitions, Senegal qualified again for the 2018 World Cup in Russia but were ejected after the group stage.

They qualified again for the 2022 tournament. As with their first time out 20 years ago, Senegal will compete in Group A and will play in the first match of the competition, this time against the Netherlands.

Joining them will be Qatar and Ecuador, so there’s a good chance we could see the African team in the knockout stage again.

Tunisia took part in its first World Cup as an independent nation in 1978 but only made it as far as the Group Stage. The same thing happened again 20 years later in France, again in 2002, and again in 2006. Last time out in 2018, they qualified for the tournament in Russia but finished 24th overall after losing 2 games out of three.

The nation has made it through again and will be hoping to advance further this time round. Whether they can is another question, but we’ll have to wait until November to find out.

Morocco will be making its sixth appearance at the World Cup as an independent state. It first took part back in 1970 but only made it as far as the group stage. It was another 16 years before the team would appear again, but this time they managed to get as far as the round of 16.

Moroccans will be hoping they can get a little further this time around, perhaps even improving on 1986, but this might be a challenge.

Cameroon is the final African country taking part in the 2022 World Cup. It will be the team’s eighth appearance in the competition, despite the fact that they didn’t enter until 1982. On their first attempt, Cameroon qualified but only made it as far as the group stage.

Eight years later, they got all the way to the quarter-finals but were knocked out by England in extra time.

That was their best performance to date, something that Cameroonian fans will be hoping to change later this year in Qatar.