Roman Abramovich announced the end of his 19-year ownership of Chelsea on Wednesday in an emotional statement.

The Russian billionaire has been a subject of debate in England as his ties with the Kremlin came to the fore again following his country’s invasion of Ukraine.

Abramovich moved to thwart any sanctions that may target Chelsea when he transferred the club’s control to the Charitable Foundation on the 27th of February.

In a fresh development, he announced the end of his association with the club he bought for £140m from Ken Bates in 2003.

The Russian invested more than £1bn in his time in charge and won every trophy the Blues competed in almost two decades.

In an official statement, he announced that the proceeds of his sale of Chelsea will be donated to victims of the Russia-Ukraine war and said he will not recoup any of his investments at Chelsea.

In 19 years of Abramovich’s stay at Chelsea, many Nigerians walked through the door at the Blues’ Cobham training ground.

The most prominent Nigerian footballer to play for Chelsea in the Abramovich era was John Obi Mikel and the former Super Eagles captain spent 11 seasons at the club.

Mike was signed by Chelsea in the 2006/07 season after a controversial and well-publicised tussle with Manchester United. The Nigerian played 249 times for the Blues in the Premier League and won the league title twice. He won 3 FA Cup titles, 1 League Cup title, the UEFA Champions League and Europa League all during Abramovich’s time as owner of the club.

A 1996 Olympic gold medallist with Nigeria, Celestine Babayaro spent eight years at Chelsea between 1997 and 2005. He was at Stamford Bridge for the first one-and-half year of Abramovich’s era at the club. He moved to Newcastle in January 2005 and didn’t win any silverware with the Russian as club owner.

He featured more than 200 times for Chelsea but found playing time hard to come by, after Jose Mourinho joined the club, one year into Abramovich’s takeover. 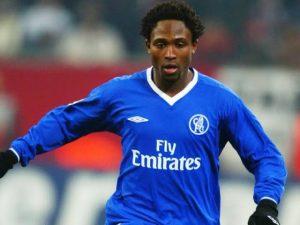 Former Wigan winger, Victor Moses played 128 matches for Chelsea and won the Premier League and two Europa League titles with the Blues. He joined Chelsea in 2012 and featured  87 times for the club in the Premier League. He was on loan at Stoke City, Liverpool, West Ham, Fenerbache, Inter Milan and Spartak Moscow. 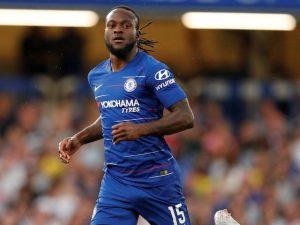 After joining Chelsea from Standard Liege in January 2012, Super Eagles defender Kenneth Omeruo played the next seven years on loan. He never featured for Chelsea competitively in all his years at the club and played on loan at ADO Den Haag, Middlesbrough, Kasimpasa, Alanyaspor and Leganes.

Like Mikel and Moses, he was on Chelsea’s books during Abramovich era as owner of the club. He also won the 2013 African Cup of Nations during his time at the club, like his compatriots. 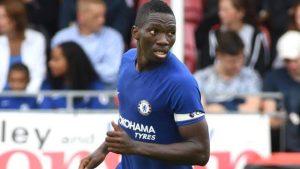 Sarki was on Chelsea’s books between 2006 and 2010 but never featured for the Blues. He spent four years on loan at Belgian club Westerlo.

The former Flying Eagles winger has played for Nigeria at the U-17, U-20 and U-23 levels but represented Haiti at the senior level.

Emenalo featured fourteen times for the Super Eagles and played at the USA 94 World Cup.

He joined Chelsea as Chief Scout in 2007 and left in 2017 as Technical Director. He was one of Abramovich’s lieutenants at Chelsea and helped the team to complete major player transfers during his time at the club.

Abramovich’s era at Chelsea coincided with major successes for Nigerians at the club.