by Joba Ogunwale
in News, NewsNow, Nigeria, Serie A
0

Super Eagles star Victor Osimhen is fully fit again and will make his return to Serie A action when Napoli take on Bologna at the Renato Dall’Ara Stadium on Monday evening.

Osimhen is set to play his first game in two months after he was included in Napoli’s travelling squad for the game. 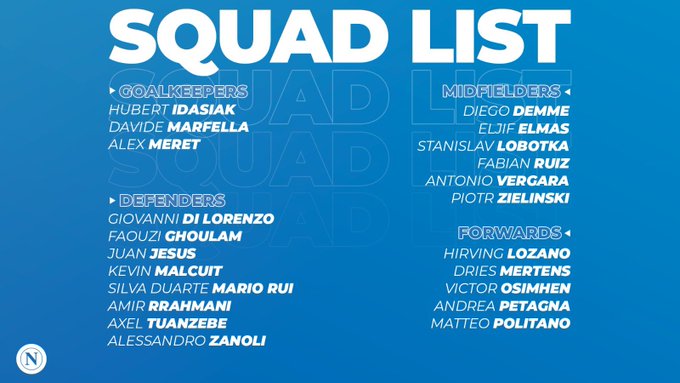 The 23-year-old has not played since he fractured his left cheekbone and orbit in Napoli’s 3-2 loss to Inter Milan in the league last November.

Osimhen underwent surgery following the injury, and it was confirmed he would be out for three months. But the ex-Lille man made a quick return to individual training after just two weeks before resuming team training earlier this month.

His return is a timely boost for Napoli, whose title hopes have faded in recent weeks. The Neapolitans were on course to battle defending champions for Inter Milan for the title but are now seven points behind the leaders.

However, Osimhen’s return hands them a massive boost for the second half of the campaign. Before his injury, Osimhen was Napoli’s best player, and his return could not have come at a better time.

The Nigerian international has scored nine goals in 14 appearances for Napoli this season, including five in the Italian top-flight.

WATCH: “I cooked for you in Belgium” -Super Eagles’ stars banter on cooking skills, fashion sense

After Algeria, Super Eagles star’s arrival confirmed in Spain ahead of La Liga 2 clash with Albacete