Some of the world’s most talented footballers will grace the continent’s flagship championship, which kicks off this weekend

Super Eagles stars Wilfred Ndidi, Kelechi Iheanacho, and Maduka Okoye are some of the most valuable players that will showcase their talents at the 2021 Africa Cup of Nations tournament in Cameroon this month.

Leicester City dynamo Wilfred Ndidi is Africa’s most valuable defensive midfielder with a market value of €60 million, according to Transfermarkt. 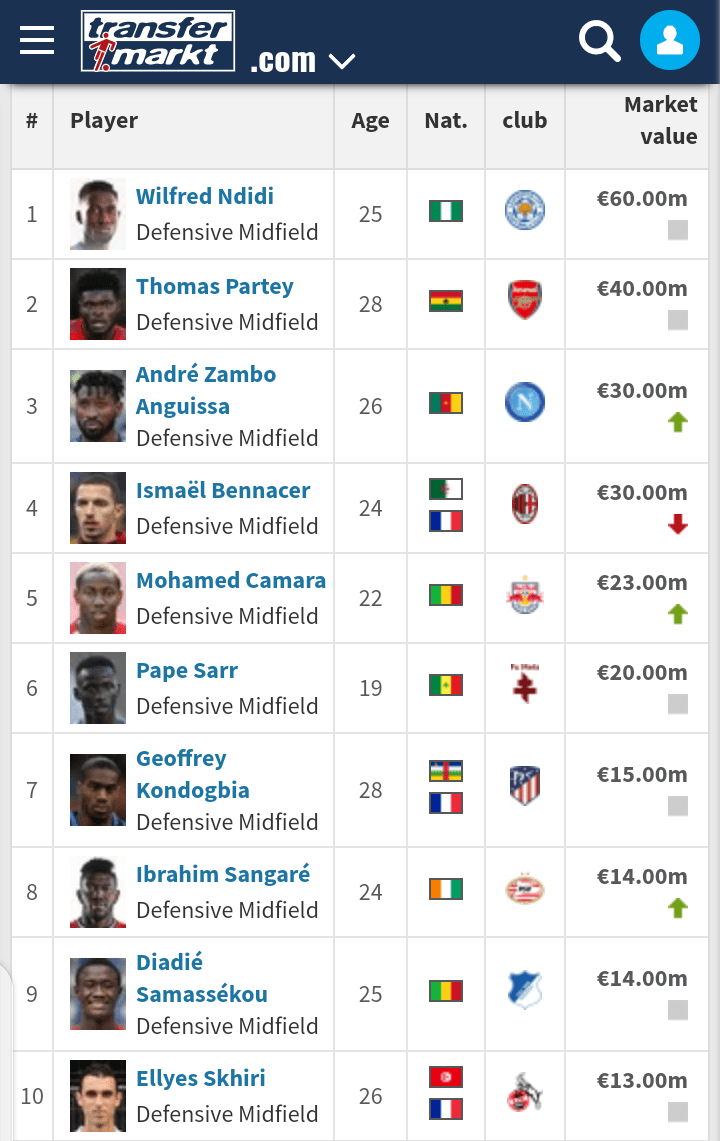 In the centre-forward category, Napoli’s Victor Osimhen has the highest market value of 60 million euros. But the 23-year-old’s absence at the Afcon means Morocco and Sevilla forward Youssef En-Nesyri (€40m) and Ivory Coast and Ajax ace Sébastien Haller (€30m) are the top two most valued strikers in Cameroon. 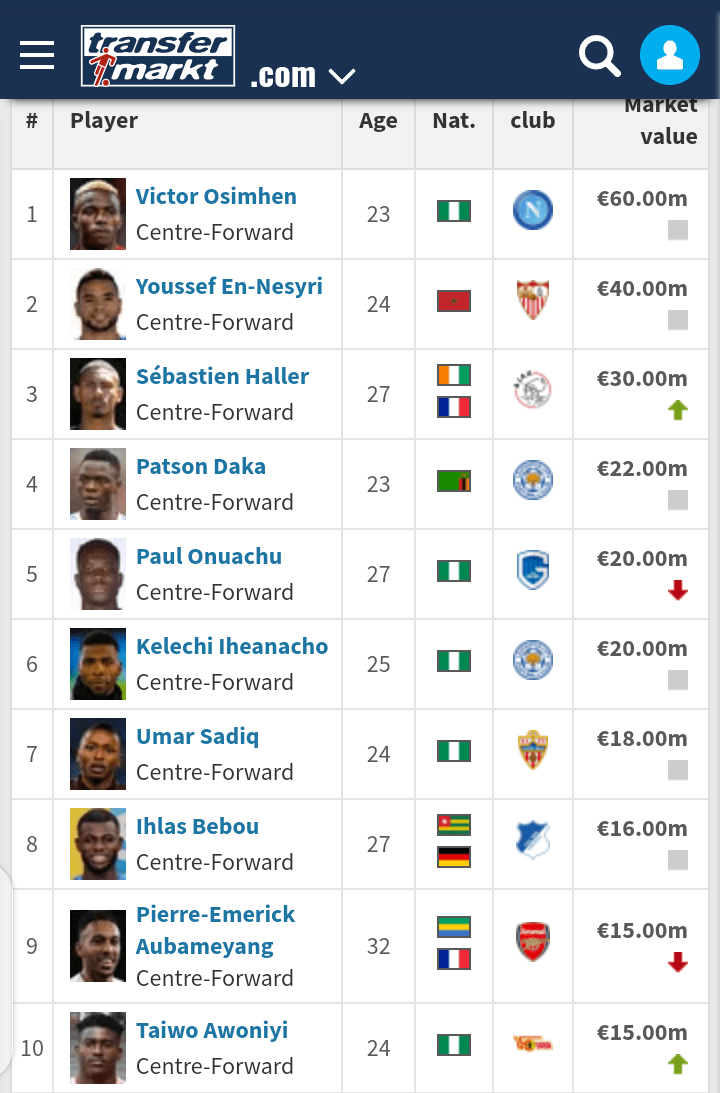 Nigeria and Leicester City star Iheanacho (€20m) and Almeria’s Umar Sadiq (€18m) round up the top four while Union Berlin’s Taiwo Awoniyi (€15m) is not far behind, coming in just behind Togo’s Ihlas Bebou (€16m).

Among African wingers, only seven footballers – including the Premier League trio of Mohamed Salah, Sadio Mane, and Riyad Mahrez – are rated better than Nigeria and Villarreal dribbler Samuel Chukwueze.

In the centre of the pack, Brentford’s Frank Onyeka and Rangers’ Joe Aribo – at €10m each – are joint 12th most valuable, with AC Milan and Ivory Coast star Franck Kessié (€40m) topping the division.

Porto’s Zaidu Sanusi (€6m) and Torino’s Ola Aina (€5m) are the best valued Super Eagles’ full-back, and they could be Augustine Eguavoen’s first choice when the competition proper begins.

However, the 22-year-old is not Africa’s most valued, with Senegal and Chelsea’s shot-stopper Edouard Mendy (€32m) taking the honours.