Maduka Okoye put in another impressive performance, but he is still waiting for his first clean sheet in the Eredivisie this season after he was beaten by Cyriel Dessers 92nd minute strike in Sparta Rotterdam’s 1-0 loss to Feyenoord.

Okoye went into the game looking for his first shutout in the Dutch top-flight this season, and it looked like he would get it after pulling off a remarkable five saves, including four from inside the box.

The Nigerian number one also made one clearance to show his quality. But despite his impressive performance, all his hard work was undone in the second minute of added time as substitute Cyriel Dessers popped up in the 90th minute to give Feyenoord a 1-0 win. 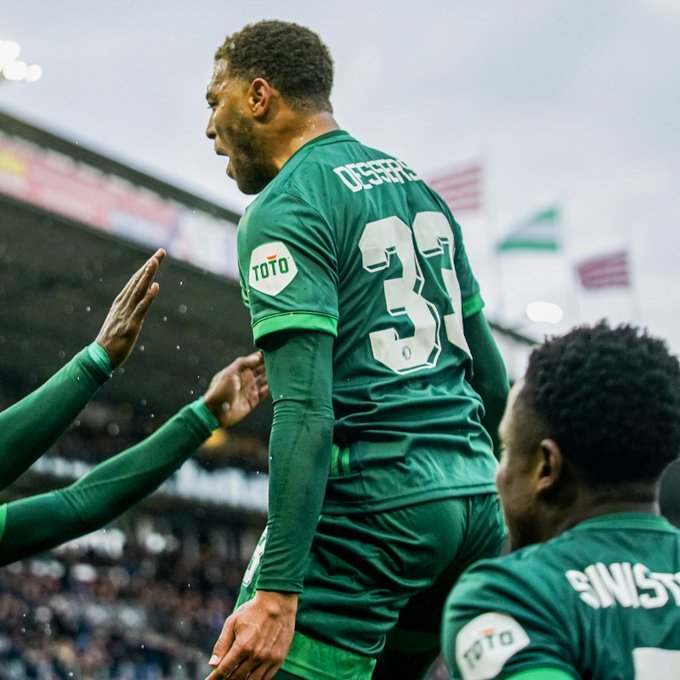 The one-cap Nigerian international came on in the 66th minute to score his third league goal since joining De club aan de Maas from Genk in the summer.

It was pure delight for Dessers but heartbreak for Okoye, who has now conceded a whopping 19 goals in 11 league games this season.