Premier League: Onyeka leads the charge against Arsenal but these are other Nigerians to watch out for

The Premier League has always been home to Nigerian players since its inception in 1992. There have been so many iconic moments involving Super Eagles stars that have played in the league.

Efan Efoku is the first Nigerian to play in the Premier League and also the first to write his name in the league’s history books.

Ekoku became the first player to score four goals in a single match when he scored four goals inside 25 minutes in Norwich’s 5-1 win over Everton at Goodison Park on September 25 1993.

Other iconic moments involving Nigerian players in the Premier League include Kanu Nwankwo’s hat-trick at Stamford Bridge, Jay-Jay Okocha saving Bolton from relegation, Yakubu Aiyegbeni scoring a brace at Old Trafford for Blackburn Rovers and many others.

This season, a few Nigerians will also be aiming to write their names in the league’s history books, and Soccernet takes a look at them.

Brentford are making their debut in the Premier League, and they kick off the season with a home clash against Arsenal, so it’s only befitting we start with their Nigerian import.

One name to watch out for when both teams take to the pitch is Frank Onyeka. The 23-year-old joined the Bees from Midtjylland on a five-year deal this summer.

Onyeka was one of the best midfielders in the Danish top-flight and had the experience of playing in the Champions League last season.

He now has the chance to show his quality in the biggest league in the world. He’s highly rated and will be key for Brentford in their first season in the Premier League.

This season is important for Alex Iwobi. The Super Eagles midfielder joined Everton from Arsenal in 2019 for a fee in the region of 35m pounds.

However, after two seasons, he has failed to justify the fee, and it’s not for lack of opportunities. Iwobi has played under three different managers since he arrived at Goodison Park, but he hasn’t done enough.

Everton has a new manager in charge this season in Rafael Benitez. The former Liverpool manager replaced Carlo Ancelotti, who left for Real Madrid.

Iwobi will get his opportunity under the Spanish tactician, but failure to impress again could spell the end of his time at the club.

The 25-year-old could even still leave this summer, with Atalanta reportedly interested in his services.

Last season was Kelechi Iheanacho’s best individual campaign in the English top-flight. The Super Eagles attacker finally delivered on the promise he showed as a teenager, scoring 19 goals in all competitions for Leicester City, including 12 in the league.

He has already carried the form into the new season. The Nigerian star came off the bench to win and score the penalty that helped Leicester beat Manchester City in the Community Shield.

There’s an increase in competition as the Foxes are well-stacked in the attacking department, especially after the arrival of Patson Daka from RB Salzburg.

But with the form he showed last season and in pre-season, Iheanacho is set to play a prominent role for the Foxes this campaign.

While it was not until last season Iheanacho became a key player for Leicester, his international teammate Wilfred Ndidi has been vital since arriving from Genk in January 2017.

Ndidi is one of the first names in Leicester’s starting lineup. He is what makes the Foxes tick. The Super Eagles midfielder is the glue that holds the team together.

The former Genk player is one of the best defensive midfielders in not just the Premier League but in the World. Expect him to play another key role under Brendan Rodgers this season.

There will be four Nigerian representatives for Watford this season, and at least three will play a prominent role in the Hornets return to the top-flight.

One of the players is Oghenekaro Etebo. Etebo joined Watford on a season-long loan deal from Stoke City with an option to buy.

Etebo spent last season on loan at Galatasaray, but he did not do enough to earn a permanent deal. He hasn’t had the best of time in the last two years, but the Premier League with Watford offers him a chance to get his career on track.

Like Etebo, Emmanuel Dennis’ career also had a disappointing campaign last season. The Super Eagles attacker played for Club Brugge in the first half of the season before spending the second part on loan at FC Cologne, but he never made the most of it, no thanks to his attitude.

However, he joined the Hornets on a permanent deal from the Belgian champions this summer, and that gives him a chance to put things right.

Dennis has his work cut out, though, as he’s likely to compete with Ismaila Sarr and Troy Deeney for a spot in Watford’s attack.

Isaac Success arrived at Watford five years ago, but it hasn’t worked out for him. The forgotten Super Eagles striker has been a peripheral figure at the club in the last few seasons.

Last season was no different, with the 25-year-old playing just 356 minutes of league football. Success could still leave Watford this season with Udinese interested, but should he stay, he could play some role in the Hornets battle to remain in the top-flight.

Unlike Success, Super Eagles vice-captain William Troost-Ekong was one of the players that played a crucial role in Watford’s promotion last season.

Ekong was part of a defence that conceded the least number of goals in the Championship last season. He joined the Hornets last season from Udinese to fulfil his dream of playing in the Premier League.

It looked crazy at that time as he was leaving one of Europe’s top five leagues for England’s second division. But it has worked out for him perfectly.

Ekong is now living the dream, but it will be a big test for him.

All the players listed above have played for the Super Eagles, but there are some that are also eligible for the team through their parents. We take a look at some of them.

Micahel Olise is definitely one to keep an eye on following a brilliant campaign in the Championship. Olise joined Crystal Palace from Reading after winning Skybet’s Championship young player of the season.

The 19-year-old attacking midfielder is highly rated and could play a key role for Crystal Palace under the tutelage of Patrick Viera.

Olise has represented France at the youth level, but he was born in England and also eligible to play for Algeria and Nigeria. 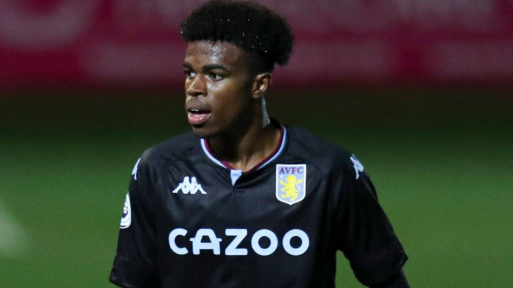 Carney Chibueze Chukwuemeka was born in England, but he is eligible to play for Nigeria through his parents. The 17-year-old has been included in Aston Villa’s 25-man squad, and he could be one of the young players of the season.

He was named the Academy player of the year last season after helping his side beat Liverpool to win the FA Youth Cup.

Villa already lost their talisman Jack Grealish to Manchester City, but Chukwuemeka could be their next academy product to star in the Premier League.

Manchester City are not known for giving their youth players a chance, but that could change with Samuel Edozie this season.

The 18-year-old is someone who City manager Pep Guardiola rates highly. He played in the pre-season games for the champions, scoring three goals.

Edozie even started the Community Shield clash against Leicester City, which shows how much Guardiola trusts him.

He may be limited to a few chances because of City’s array of attacking talents, but he’s definitely one of the young players to look out for.