Onuachu, Owubokiri and the highest-scoring Nigerians in a single season in Europe’s top ten leagues

The 2020/2021 season has been the most productive year for Nigerian attackers across several European Leagues in recent times.

Paul Onuachu has been firing in the goals for Genk in the Belgian top-flight, while Simy Nwankwo has been the stand-out player for a Crotone side already relegated.

Kelechi Iheanacho is having his best season yet in England, leading Leicester City’s top four charge and also firing them to their first FA Cup final since 1969.

Terem Moffi is another player tearing defences apart in the French Ligue 1. Indeed, these are good times for Nigerian football fans.

And to celebrate the incredible achievements of these players, Soccernet takes a look at the highest-scoring Nigerian player in a single season in each of the Europe top ten leagues.

NB: This is a list of Nigerian players (past and present) that have scored the most goals in a single season in these leagues. We also used the UEFA co-efficient rankings to determine these leagues. 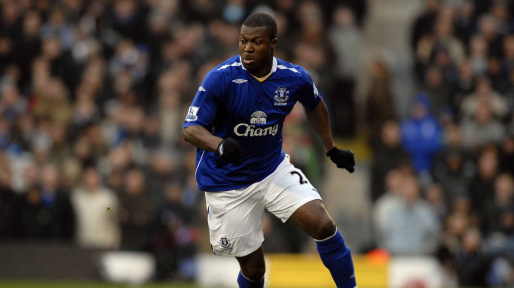 Aiyegbeni was a prolific goalscorer in his playing days, and his record in the Premier League shows that.

The former Nigerian international scored 95 goals for four clubs in the English Premier League- making him the joint-third highest scoring African in the competition.

Aiyegbeni’s most prolific campaign was in the 2011/2012 season when he scored 17 league goals for Blackburn Rovers.

It was the most goals a Nigerian player campaign had scored in a single season in any of Europe’s top five leagues before Simy eclipsed the record this season. 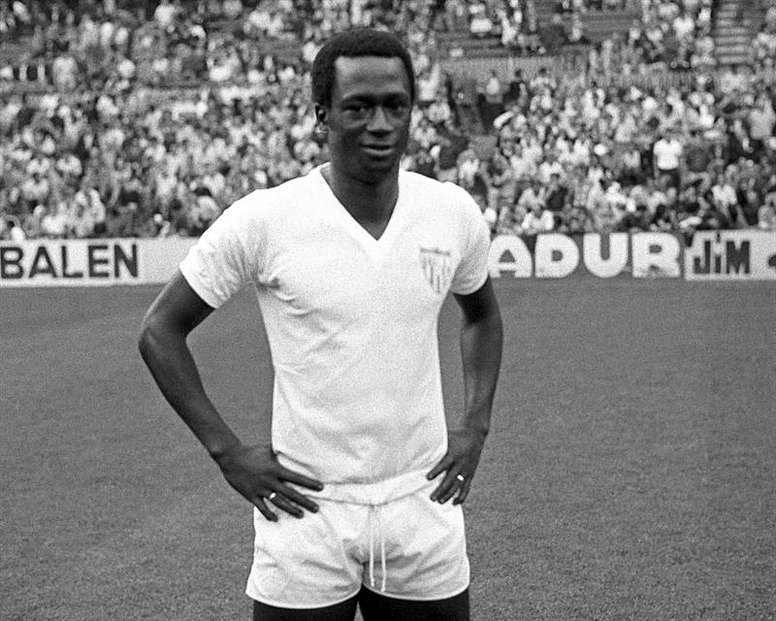 Former Super Eagles stars like Finidi George and Mutiu Adepoju made their mark in the Spanish top-flight, while Samuel Chukwueze is currently the latest star in the League.

But none was able or has been able to outscore Ikechukwu Uche. IK Uche is Nigeria’s all-time top scorer in La Liga with 43 goals, having featured for Recreativo Huelva, Real Zaragoza, Getafe, Villarreal and Malaga.

However, Christopher Ohen has scored the most goals in a single campaign in the Spanish top-flight. The former Nigerian international featured for Compostela, scoring 42 league goals during his time in La Liga, with 17 scored in the the1996/1997 season.

No other Nigerian has scored more in a single La Liga season. 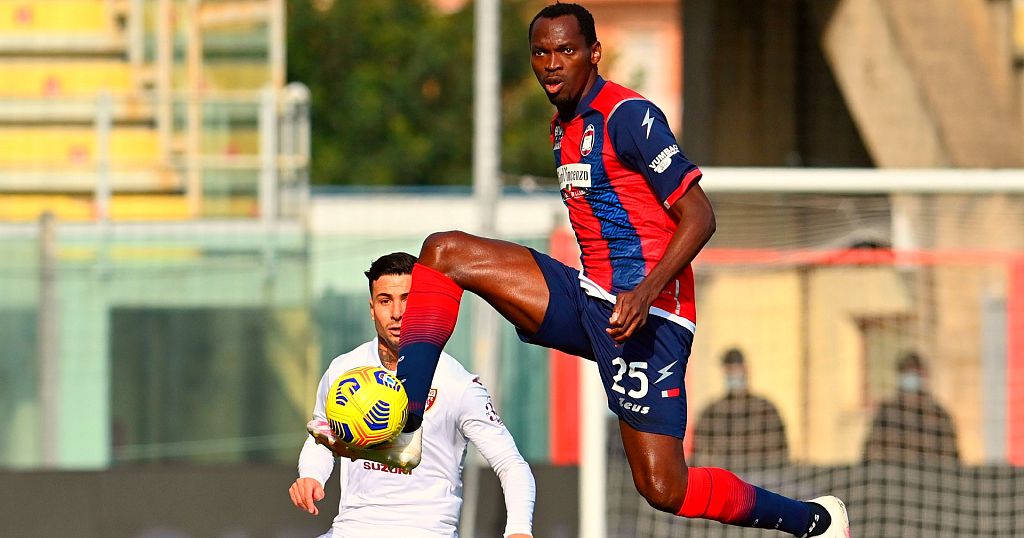 Before this season, Obafemi Martins held the record for most goals for a Nigerian in the Serie A.

However, Simy has not only broken the record, but he’s also the Nigerian player with the most goals in a single campaign in any of Europe’s top five leagues.

The Nigerian international has scored 19 league goals this season for the already relegated Crotone, making him Nigeria’s top scorer in the Italian top-flight after scoring ten in his two previous seasons.

He’s also Crotone’s all-time top scorer and currently the fourth-highest goalscorer in the Serie A this season. 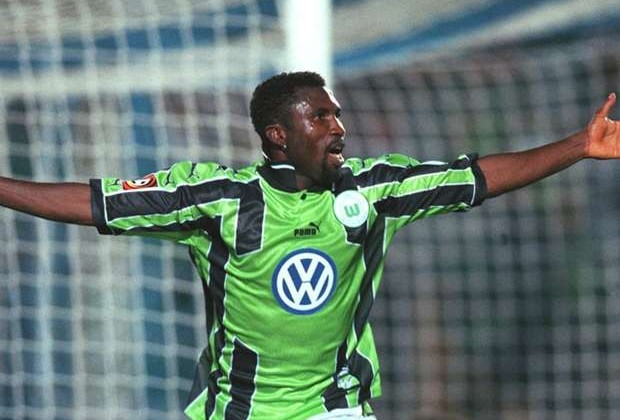 Akpoborie only scored four goals in 12 appearances for Nigeria, but he scored a lot during his time in the German Bundesliga.

The 52-year-old scored 60 goals in the German top-flight, more than any other Nigerian player that played for the Super Eagles.

Akpoborie’s highest-scoring season was in the 97/98 season, firing 14 goals for Hansa Rostock. He also managed to reach double figures on three other occasions, two times with Stuttgart and once with Wolfsburg. 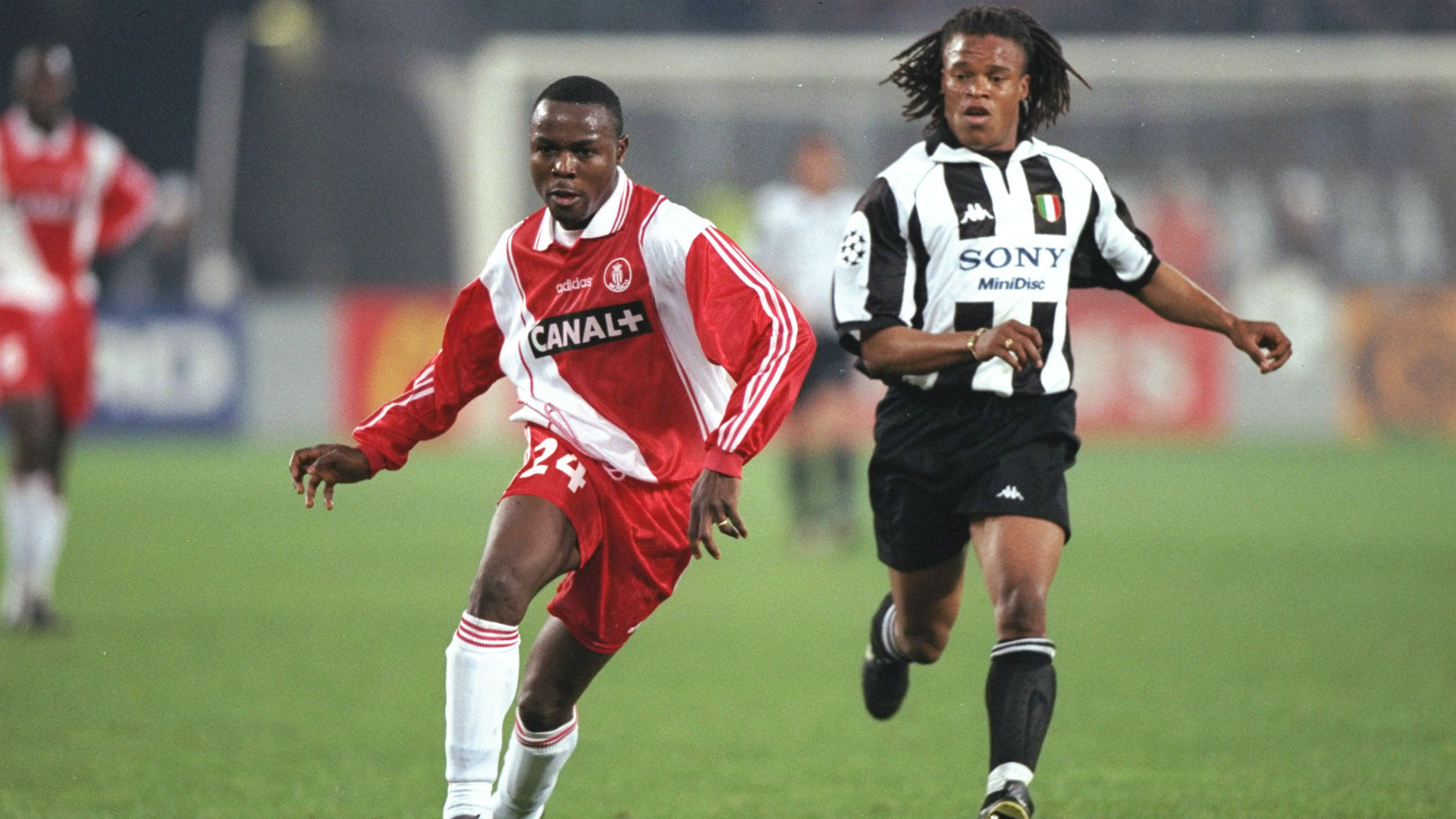 Terem Moffi may still break the record, but Victor Ikpeba is the Nigerian to have scored the most goals in a single season in the French Ligue 1.

Ikepba scored 16 goals in 30 games for AS Monaco in the 97/98 season. No other Nigerian has scored more, but Moffi is just three away from breaking the record, having scored 14 goals for Lorient this season.

However, he has just two games left if he wants to set the new record.

But before the new millennium, a certain Richard Owubokiri had managed the feat in the Portuguese Primeira Liga.

Ricky, as he is fondly called, scored 30 goals for Boavista to win the Bola de Prata (Portuguese league top scorer) in the 1991/1992 season.

He scored a total of 50 goals in 92 appearances for Os Axadrezados.

Tijani Babangida is Nigeria’s all-time top scorer in the Dutch top-flight, but Cyriel Dessers has scored the most goals in a single campaign.

The Belgian-born Nigerian scored 15 goals for Heracles Almelo to finish as the Eredivisie joint-top scorer in the 2019/2020 season.

Dessers had also scored 12 goals for Utrecht across two campaigns before his move to Heracles. His exploits last season earned him a move to Genk, but sadly he’s failed to replicate the form. 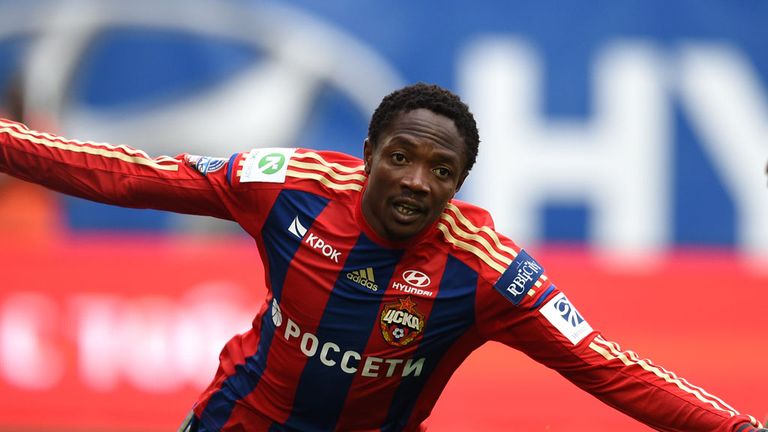 The Super Eagles captain is back in the NPFL, but he had his most successful spell in the Russian top division.

Musa scored 61 goals and provided 33 assists in 184 appearances for CSKA Moscow. His most productive year in the Russian Premier League was in the 2015/2016 season when he scored 13 goals.

Onuachu has been head and shoulders above other strikers in the Belgian top-flight this season.

The Nigerian has scored whopping 31 goals in 33 league appearances for Genk this season- the most a player has scored in the Jupiler League this century. He may be playing in the less fancied Turkish league now, but Kayode was once an exciting prospect.

The 28-year-old has played for all of Nigeria’s teams, from the U-17 level to the national team. His best spell at club level was in the Austrian Bundesliga, where he reached double figures in two consecutive seasons.

Kayode scored 13 league goals for Austria Wien in the 2015/2016 season before going to finish as the league’s top scorer with 17 goals the following season.