Football is a game of fine margins, and sometimes it only takes a moment of inspiration from a particular player to decide an encounter.

Some players are capable of coming up with something special when the chips are down. Take Cristiano Ronaldo for example; the 35-year-old has won so many games on his own for different teams he has played for in his illustrious career.

The Super Eagles have played many great games the past 26 years, and in these encounters, some players performances stood out from the rest.

While there were a lot of games, we’ve decided to narrow down our selection to just five. 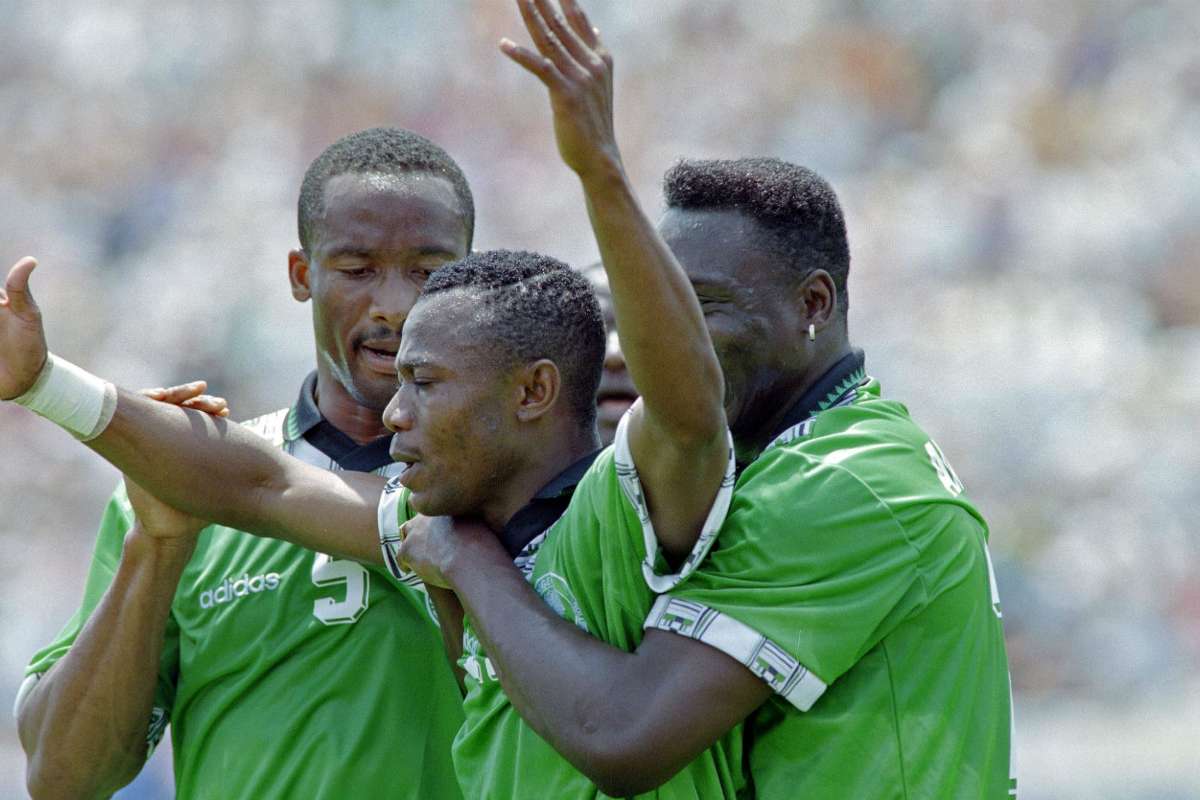 The 1990s was Nigeria’s golden years with the country qualifying for her first world cup, winning a second Africa Cup of Nations title, and also an Olympic gold.

The Super Eagles qualified for their first World Cup in 1994, but before then, they had conquered the African continent for the second time.

The 1994 Africa Cup of Nations was hosted by Tunisia with Nigeria facing Zambia in the final. Former Golden Eaglets manager, Emmanuel Amuneke was the hero that day as his brace helped the Super Eagles secure a comeback win over their Southern African opponents.

Zambia had taken the lead courtesy of a bullet header from Elijah Litana in the third minute, but Amuneke’s header two minutes later levelled scores for Nigeria.

The former Barcelona star was not done as he scored his second and the winner two minutes after the break. It was indeed a goal worthy of a winner.

After receiving a long pass from Oliseh, Amuneke brought the ball down with his left thigh before firing past the Zambian goalkeeper.

His brilliance in that final played a vital role in the decision to award him the 1994 CAF African Player of the year. 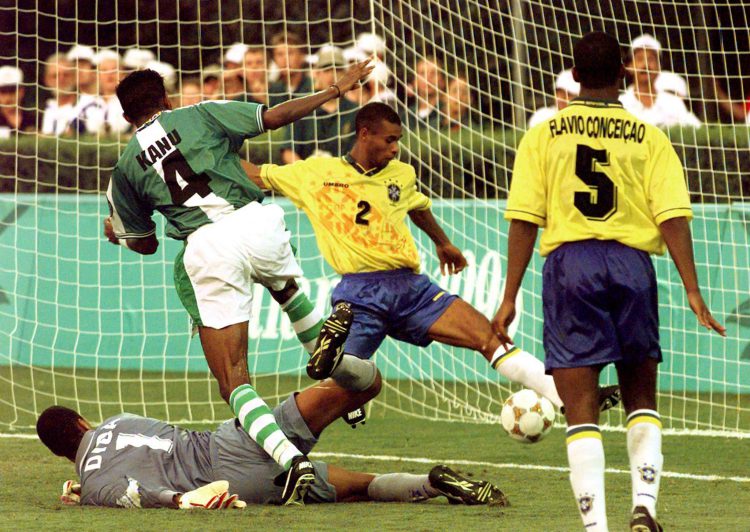 Two years after the Nations Cup triumph, the Dream team made history by becoming the first African team to win a gold medal in the football competition of the Olympics.

Nigeria defeated Argentina by three goals to two in what was a thrilling encounter. However, while the win over Argentina was impressive, it was the victory over Brazil in the semi-finals that would live long in the memories of Nigerians.

Nigeria went into the clash against a Brazil side that had a young Ronaldo De Lima, Bebeto, Rivaldo and Roberto Carlos as the underdogs.

Flavio Conceicao put the South Americans ahead courtesy of a free-kick in the first minute, but an own goal from Carlos in the 20th minute restored parity for Nigeria.

However, Brazil exerted their superiority as Bebeto put them ahead again in the 27th minute before Conceicao scored his second of the game ten minutes later.

It looked to be over even though Victor Ikpeba’s strike 12 minutes from time gave the Dream Team a lifeline. But there was to be more drama as Kanu Nwankwo levelled scores in the added minutes to send the tie into extra time.

It was a scruffy goal, but nobody cared. But if his equaliser was sheer luck, his second which sent Nigeria into the final was a peach of a goal.

In that time, the golden goal in extra time was still a thing. A long ball fell off a Brazil defender into the former Arsenal striker’s path on the edge of the box.

While other players would’ve taken a shot straight away, Kanu had other ideas. The ex-Inter Milan striker beat a Brazilian defender by feigning a shot before firing a left-footed strike that flew past Dida in goal.

The strike sent Nigeria into the finals at the expense of their illustrious opponents. Kanu’s winner was arguably the most important in Nigeria’s history.

The win was a memorable moment for Nigerians that they made a song about it. Remember the “When Nigeria beat Brazil”? That was the song.

While the AFCON and qualification for the World Cup was a big deal, the triumph in Atalanta was indeed the country’s golden moment.

Like Amuneke two years earlier, Kanu also won the African player of the year in 1996. 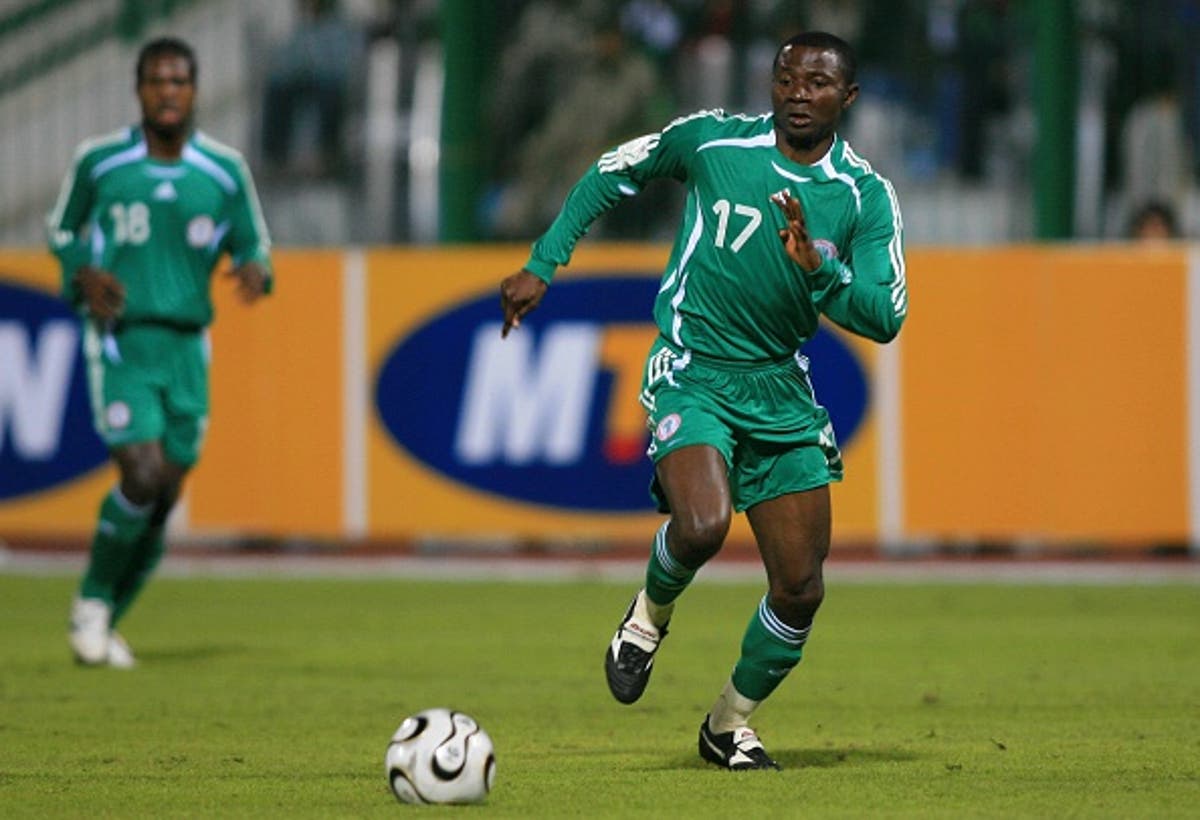 Nigeria hosted AFCON alongside Ghana in 2000. After breezing through the group stage comfortably, they faced Senegal in the quarter-finals.

For 85 minutes, the Super Eagles were starring at an exit and a first home defeat in 19 years after Kalilou Fadiga had put the Teranga Lions ahead in the seventh minute.

However, a teenage sensation going by the name of Julius Aghahowa gave one of the best performances form a Super Eagles player to secure an emotional win for Nigeria.

Aghahowa’s performance was super impressive given he was brought on as a second-half substitute in that encounter.

With Nigeria trailing, the former Julius Berger striker was brought on the 68th minute. Seven minutes later, Aghahowa sent the home fans into delirium as he raced through Senegal’s defence following a long ball from Sunday Oliseh to fire in the equaliser.

His strike ensured the tie went into extra-time and two minutes into the opening half, Aghahowa popped up again to give Nigeria the lead and send a nation of over 100 million people into an emotional frenzy.

The picture of a man celebrating while riding his horse on the pitch still lives in my head even though I was a kid then. It was indeed a sight to behold that night. 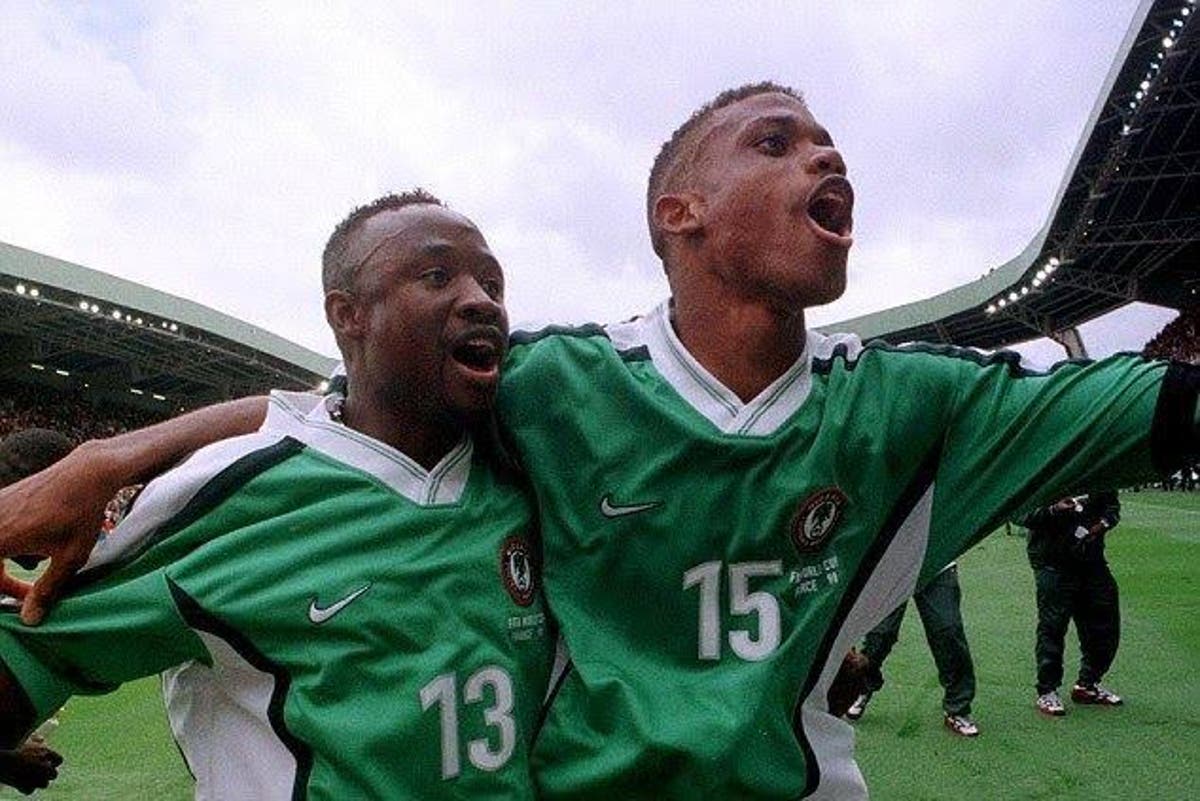 After that dramatic victory over Senegal, Nigeria faced South Africa in the semi-finals.

Before stating what happened in the match, it should be noted that South Africa hosted and won the competition in 1996, but that was in the absence of Nigeria.

The Super Eagles were unable to defend the title they won two years earlier due to the political tensions between the nation and South Africa.

As a result of their no show, Nigeria was suspended from the 1998 edition in Morocco. During this period, South Africa was emerging as Africa’s powerhouse.

The semi-final clash in 2000 was a chance for Nigeria to show their opponents they are still the number one team on the continent.

While it was not as dramatic as the quarter-final win, it would be remembered as the Tijani Babangida show. Babangida put Nigeria ahead after just 40 seconds, cutting into his right before releasing a low right-footed strike into the bottom corner.

It was game over in the 35th minute as Babangida struck again to extend Nigeria’s advantage. His strikes were the only goals in that encounter.

The Super Eagles faced Cameroon in the final but suffered a heartbreaking penalty shootout loss to their arch-rivals. 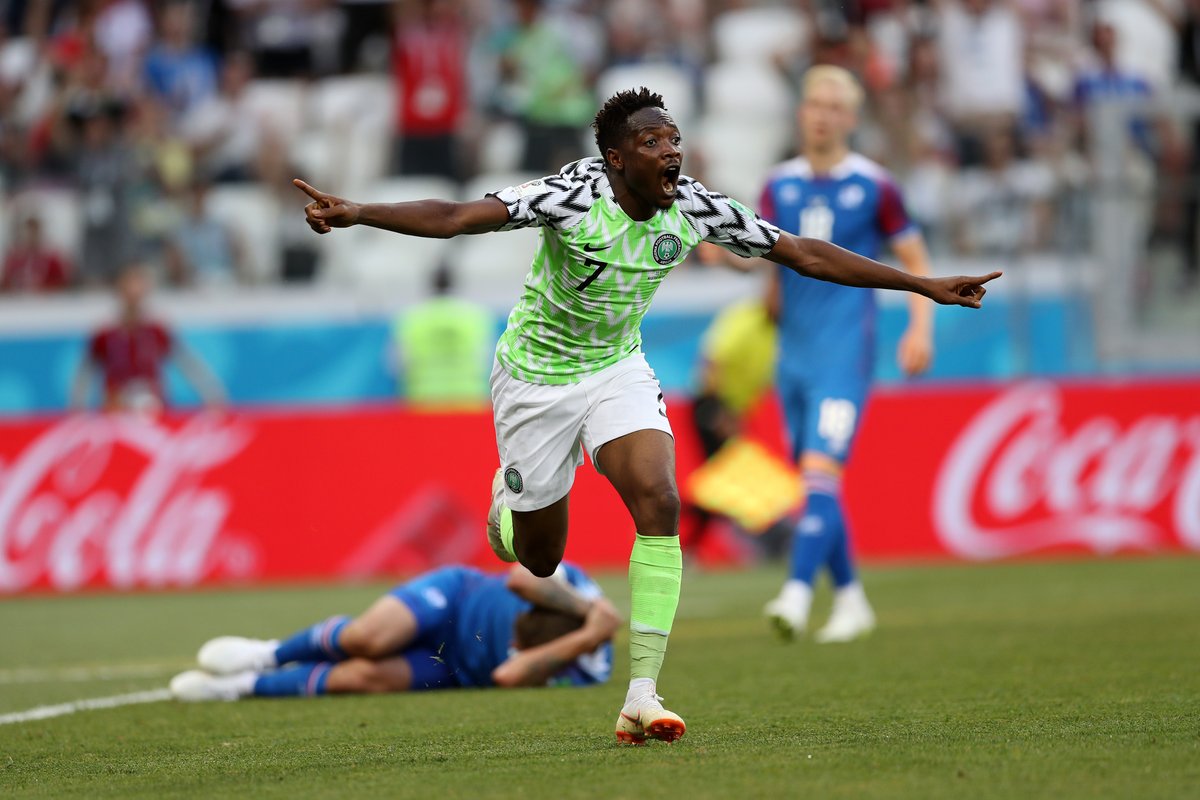 The final entry is more recent than the previous entries on the list. After losing their opening game at the 2018 World Cup, Nigeria needed a win against Iceland in their second group game.

Iceland had drawn against Argentina in their first game while Nigeria lost to Croatia in the other group encounter.

Following a goalless first half, the Super Eagles needed a moment of inspiration, and it came from Ahmed Musa.

The Al-Nassr star put Gernot Rohr’s men ahead four minutes into the second half. The goal came after Musa controlled a cross from Victor Moses into the box before firing into the net.

His second in the 75th minute was a piece of individual brilliance. Kenneth Omeruo played a long ball onto the flanks, and Musa beat his marker easily with pace before leaving the goalkeeper scrambling on the floor and fire into the net.

It was Musa’s second brace at a World Cup having scored twice against Argentina four years earlier. But despite his heroics, Nigeria still went out in the group stage following an agonising defeat in their last game against La Albiceleste.