Football is the favourite sport for kings. It has existed for over a century, serving as a great source of joy for a large number of fans worldwide.

So when two teams fight on the field of play, the larger the stadium, the larger the number of fans present to witness greatness live, and this is why the largest football fields in the world are considered a symbol of the countries that own it.

In this article, we will discuss the world’s largest football stadiums in terms of capacity. 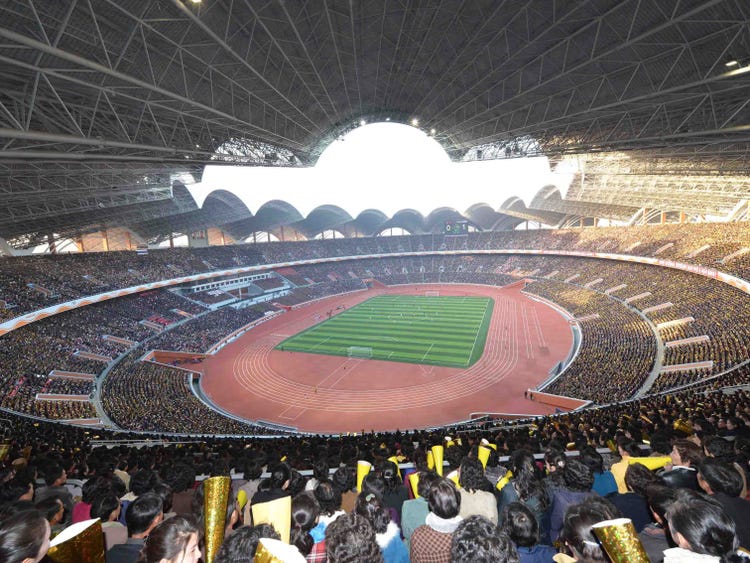 Rungrado May Day, located in North Korea, is now the largest football field in the world in terms of stadium capacity as the magical ground can hold up to 150,000 spectators.

This is considered the largest and most modern work of the entire country. However, instead of being heavily used in organising football tournaments, the Rungrado May Day is more often used to conduct military parades for the Korean army.

The famous Camp Nou is the home ground of one of the biggest clubs in the world, FC Barcelona. Previously, this football field used to have 121.749 spectators. However, after the renovation and upgrading of the stadium, the current Camp Nou has a capacity of 99.354 spectators.

Barca’s board of directors has approved spending up to 600 million euros to upgrade the football field to 105,000 seats with other amenities attached. This project is expected to be completed at the beginning of the 2020/2021 season.

Camp Nou is one of the largest football fields in the world, which has attracted a lot of tourists from over the world.

Barcelona is a great club, and have some of the best players in the world, that’s why most of their games are filled with crowds of a huge number.

Nicknamed “The Big House” with 107,601 seats, the world’s third-largest stadium, Michigan Stadium is the home of the American football team “The Wolverines” at the University of Michigan.

The stadium was built in 1927, primarily to host the National Association of National Universities Sports Association (NCAA) tournaments. However, this great work of art in the United States is also used to host many international soccer matches in the summer.

This giant football field hosts and hosted many International Champions Cup seasons where a good number of prominent European teams such as Manchester United and Real Madrid participated.

The fixture between both teams in 2014 saw more than 109,000 spectators present and is recorded as the most-watched match in the world in recent decades.

Located in the heart of the magnificent and busy Mexico City. Estadio Azteca has a huge capacity of 95,500 spectators and is the fourth largest football pitch in the world.

In addition to its enormous capacity, this stadium is also remembered because it is the place to witness the famous “Hand of God” event in the quarter-finals of the 1986 World Cup when Diego Maradona scored for Argentina against England,

Estadio Azteca is also the first stadium in the world to have the honour of hosting two World Cup finals in history. 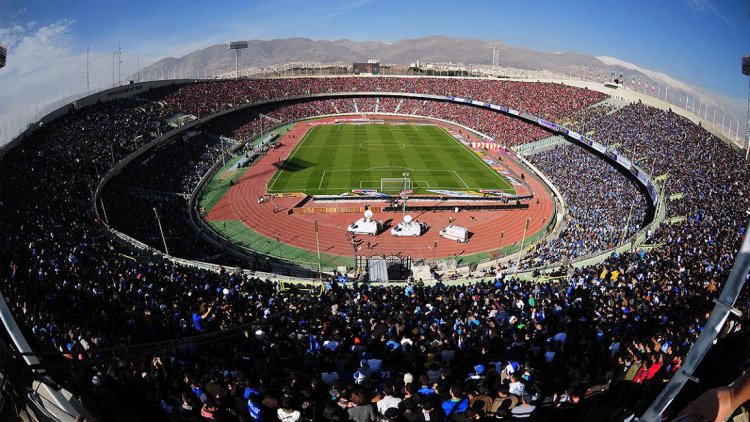 Azadi Stadium is next on the list of the largest football fields with a capacity of about 95.225 spectators since it was put into use in 1973.

The Azadi Stadium was close to being the venue for the main events of the 1984 Olympic Games, but due to complex political reasons, the Muslim nation lost its right to host.

FNB Stadium, also known as Soccer City, is the largest football stadium in South Africa in particular and the continent of Africa in general.

With a capacity of up to 94.736 seats, it hosted many football matches in at the 2010 World Cup including the final between Spain and the Netherlands.

After the World Cup closed, the stadium was shared by the South African Football Association to become the home ground of local team Kaizer Chiefs club.

The Rose Bowl is considered the most luxurious stadium in the United States. Located in Pasadena with a capacity of up to 92.542 spectators, this fortress hosted the. World Cup finals in 1994.

At other times of the year, the stadium is also used as tournaments friendly matches about the oval for the people here.

The Rose Bowl is one of the largest stadiums in the United States, but it is an ordinary stadium and not the home of the national team or any club.

This is the home ground of the England national football team and boasts a sitting capacity of up to 90,000 spectators.

It is not only one of the largest stadiums but also among the most beautiful and most modern football stadia in the world.

For those who love the English Premier League, this will undoubtedly be a very familiar name. Wembley Stadium has served as the venue for many of the top matches in modern football history.

Wembley Stadium was rebuilt between 2002 and 2007 with a huge cost of 757 million pounds ($ 1.1 billion), so it is not difficult to understand when it is dubbed one of the most modern stadiums, it’s a work of art.

Gelora Bung Karno Stadium is the pride of Indonesia. As one of the largest stadiums in the world, with a capacity of 88.083 spectators. The home team of Indonesia has seen many Southeast Asian football matches.

Gelora Bung Karno Stadium, completed in 1962, is the home of the Indonesian national football team and is located in the country’s capital, Jakarta.

Because of its large capacity, it is also in a prime location, so it is often used by big clubs in the world such as Chelsea and Man Utd to host matches on their Asian tour.

Football is always an endless source of inspiration, and football fields will also be expanded more and more.

This article was written by a guest contributor, you can find more of their work here https://sieukeo.com/ty-le-keo. If you’ll also want your article featured on our site, you can reach our editor at Joba[at]soccernet.com.ng.