It’s kick-off day of the new 2018-2019 English Premier League season, teams are already making frantic efforts to ensure that they begin the new season on a high.

Already all the 20 teams in the EPL have fortified their squad by signing one or more players in order to help them better their last season’s performance.

Also, all the coaches have perfected their strategies after engaging in many pre-season friendly matches across Europe, to help build a strong bond, understanding, self-confidence and winning mentality amongst the players ahead of Friday’s EPL Kick-Off.

Manchester United are expected to kickstart the new season as they host Leicester City at Old Trafford before other matches will be played on Saturday and Sunday respectively; such as Huddersfield vs Chelsea, Newcastle vs Tottenham, Liverpool vs West Ham, Arsenal vs Man City, Bournemouth vs Cardiff City, Watford vs Brighton, Wolves vs Everton, Fulham vs Crystal Palace to mention a few.

However, Soccernet.com.ng‘s Augustine Akhilomen takes an X-ray on the possible top six teams and potential teams that may be relegated.

After enjoying a successful season last term where they broke all records under team manager, Pep Guardiola, the Citizens will be hoping to consolidate on their winning record as they bid to retain the Premier League trophy consecutively.

City has already set the pace after beating Chelsea 2-0 in Sunday’s Community Shield at Wembley thanks to two-goal hero, Sergio Aguero to help them claim the trophy.

Although they face a tough year against Arsenal in their opening day fixture, Man City appears a better side considering the fact that they have a majority of their squad intact and has added former Leicester City star, Ryad Mayrez to their squad.

Unless the unusual happens, Man City are certainly going to retain the trophy.

Liverpool
If a pre-season form is used as a yardstick to determine a team success, then Liverpool would have been a firm favourite to win the Premier League this season.

The team under team manager, Jurgen Klopp only lost one game against Dortmund and has remained unbeaten in their pre-season games, beating top teams such as Torino, Napoli, Manchester United, Manchester City, to mention a few.

Besides, the addition of Brazil and Roma goalkeeper, Alisson to fill up the leakage position in the goalkeeping department could just be the winning game for Liverpool considering how the likes of Karius and Mignolet fumbled when if matters last season.

Interesting, the Reds are the only team to defeat Man City twice last season and are good to replicate the same result this season after finishing third last season. 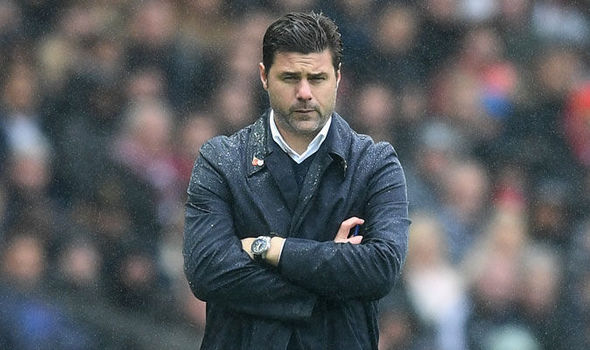 Last season may be considered as a disastrous season for Chelsea after they failed to make it to the Champions League spot (top four) due to dress room and board issues as they finished sixth on the league table.

Although the Blues won the FA Cup, it didn’t help Antonio Conte save his job as he was fired in July to pave way for Mattari Sarri as the new coach.

The former Napoli manager, who has never won a trophy before, will be hoping to build a winning aura into the team going by the pre-season matches played so far.

Besides, the signing of Jorginho from Napoli seem to have set the ball rolling and he could ease the pressure from Eden Hazard and Cesc Fabregas, thereby, adding more creativity to the midfield.

Tottenham
One team that has underachieved despite having virtually the same crop of players that has played together for four years, Tottenham have always appeared like a team worthy of winning the Premier League only to disappoint when it matters most.

Managed by Mauricio Pochettino, Spurs will be hoping to move one place better than their last season’s performance where they finished fourth.

With good pre-season matches where they defeated teams such as Roma, AC Milan and drew with Barcelona, the London club are all but ready for the new campaign despite not signing any big players.

Arsenal
The Gunners will be playing the 2018-2019 Premier League season under a new manager, Unai Emery for the first time in more than 22 years after the departure of former boss, Arsene Wenger last season.

Emery, who arrived Emirates from PSG knows he has a mountain to climb and will still want to infuse his style of play on the players at the start of the season.

Having signed players such as Lucas Torreira, Bernd Leno, Sokratis, Matteo Guendouzi and Stephan Lichtsteiner, it is expected that the Arsenal side would challenge pretty hard for the season.

Manchester United
If Jose Mourinho’s third season hoodoo is anything to go by, then the Red Devils should be expecting the worst based on how he has started complaining of not signing more players to strengthen his squad.

Besides, his pre-season performance hasn’t been good after losing to Bayern, Liverpool; drawing Roma and defeating Real Madrid ahead of the new season.

With Fred and Grant being the only players he has signed, the former Chelsea manager, doesn’t seem sure of United performance this season.

Wolves
Despite gaining promotion to the Premier League this season, Wolves are likely to enjoy only one season based on contrasting pre-season form and inability to sign quality and tested players.

Southampton
Lucky to have escaped relegation last season, however, Southampton’s inconsistency in the past two seasons may finally see the team kiss the Premier League goodbye this term.

Cardiff City
It would only take motherluck for Cardiff City to remain in the Premier League next season going by their poor business in the summer transfer window and inexperience in the topflight League.