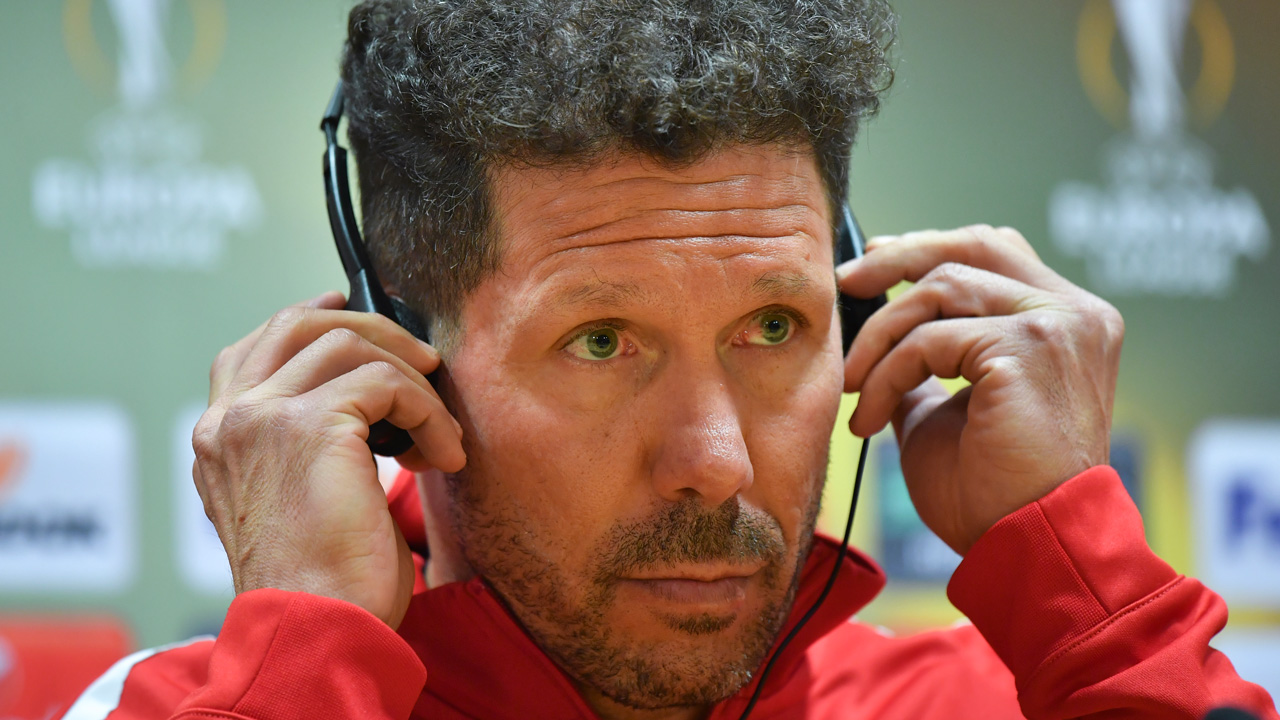 Atletico Madrid coach Diego Simeone will be forced to watch the Europa League final against Marseille from the stands after receiving a four-match European ban for insulting a referee, UEFA said on Friday.

Simeone was ordered from the touchline during last week’s 1-1 draw in the first leg of their semi-final with Arsenal after a heated exchange with French referee Clement Turpin.

The Argentine watched Thursday’s 1-0 home win in the return leg, which secured a 2-1 aggregate victory and a place in the final, from the directors’ box at the Wanda Metropolitano.

UEFA’s disciplinary committee also charged Marseille after away supporters set off fireworks and threw objects during the second leg of their semi-final at Salzburg.

Austria’s Salzburg risks punishment themselves following a pitch invasion by fans and the throwing of objects, as well as a charge of improper conduct levied against club official Harald Lurzer.

Marseille won the tie 3-2 on aggregate despite losing the second leg 2-1 after extra time.

A decision on the cases will be made on May 31.